Honduras occupies one of the most dangerous places to exercise freedom of expression and freedom of the press. 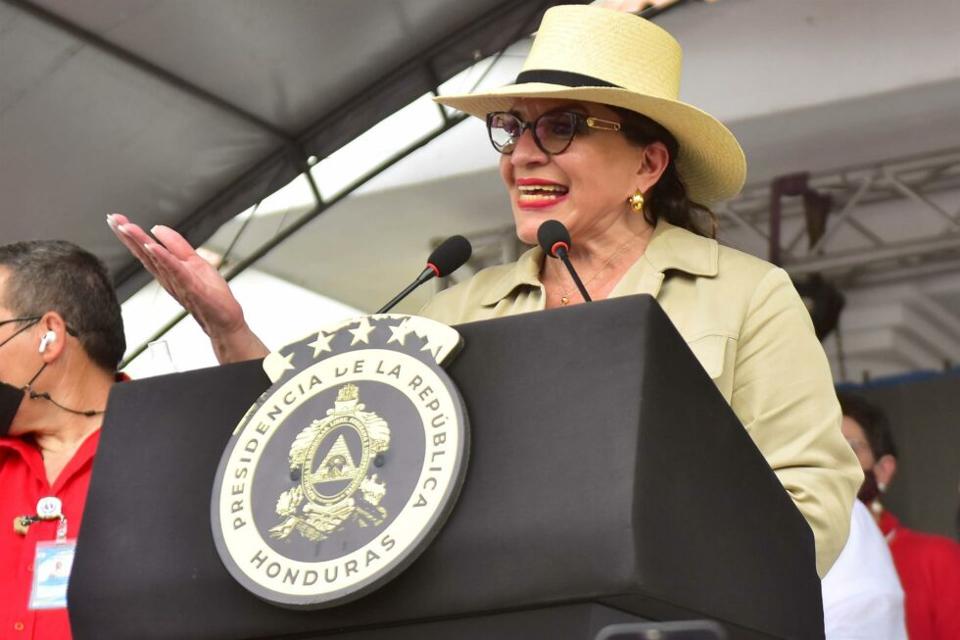 Q24N (EFE) The president of Honduras, Xiomara Castro, reiterated on Wednesday her government’s commitment to respect “freedom of expression and conscience,” in a message on the occasion of the Honduran Journalist’s Day.

“My government is fighting for the refoundation of democratic socialism and in this act we reiterate the permanent commitment to respect freedom of expression and conscience,” said Castro, who assumed power on January 27.

Castro also said she was a “representative of tolerance, freedom and democracy.”

The president, accompanied by some of her closest collaborators and the president of the Honduran Parliament, Luis Redondo, among other guests, attended a hotel in Tegucigalpa to accompany the delivery of the national “Álvaro Contreras” award, from the Association of Journalists of Honduras ( CPH), which this year fell to the journalist Enma Calderón.

“They gave me a country in ruins and I will not rest until I achieve its equity and development,” she stressed.

Regarding the award conferred by the CPH on Calderón, the president indicated that “this is an award for those who fight for an informative and fair balance”, and said that it is about “essential values” in democracy.

“We have been demonstrating that the emancipation and personal success of women is possible, whose main manifestation is, neither more nor less, the satisfaction of having fulfilled a duty and having assumed her role in a professional manner,” Castro said.

For his part, Calderón pointed out: “Honduras has suffered many political crises throughout its history that caused many wounds in the Honduran family, seeking the perfect democracy, a difficult mission as a nation, and in each of those moments we have been the journalists, carrying out our work even in the midst of criticism, accusations and praise”.

“We must understand that if there is a political crisis, there is also a journalistic crisis, tolerance and respect must stop being a discourse and become a practice in Honduras, but that does not mean that we are complicit in corruption and impunity. These evils must be nipped in the bud, we need to become a country of opportunities so that our young people do not flee in caravans », she limited.

The president of the CPH, Osman Reyes, expressed that Honduran journalists, “unfortunately”, continue “living in a country where practicing journalism means working in one of the high-risk professions.”

He added that Honduras occupies one of the most dangerous places to exercise freedom of expression and freedom of the press, and recalled that most of the nearly one hundred journalists murdered in the country since 2000 remain unpunished.

According to the National Commissioner for Human Rights in Honduras (CONADEH), 97% of the violent deaths against those who practice journalism recorded since 2000 have gone unpunished.

QCOSTARICA - The press must have access to public information without...
Read more