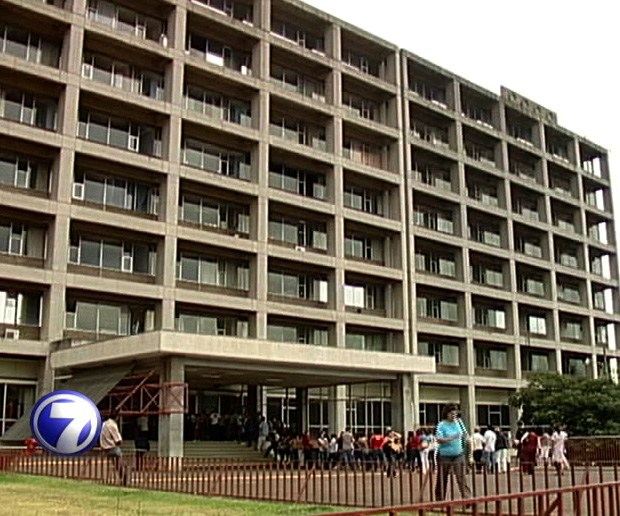 Early this morning at least 100 employees had joined the protest strike.

The workers are using the stop work to pressure the Board of Directors of the Caja Costarricense de Seguro Social (Caja) and hospital administrators to approve the construction of new operating rooms at the public hospital.

Wendy Vargas, representing the UNDECA union, said that despite the opening of temporary operating rooms, the waiting list of patients waiting for surgeries continues to grow.

Last July the hospital was forced to close 17 operating rooms due to electrical problems.  Caja Officials fearing equipment damage shut down the operating rooms while it looks for a permanent fix to the infrastructure of the 40 year old hospital.

“We are not here protesting as workers, rather as persons insured  by the Caja,” said Vargas.

Joining the stop work action are workers from other departments, mainly maintenance and nutrition.

The Mexico, located in La Uruca, is one three major public hospitals in San José.

QCOSTARICA - The week of June 13 to 19 registered a decrease in the average number of deaths due to Covid-19, when 20 daily...
Reports

Q24N - You may not know John McAfee, of his eccentrics, but you are sure to have the name and may even have your...
Consumption