How Can We Be The “Happiest Country On The Planet?” 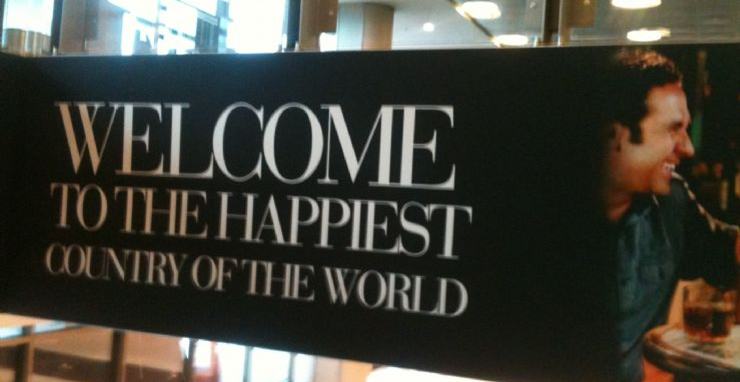 Apparently tourist do not believe the cute slogan since hotel occupancy is down ,way down by more than 12%,as well as are surf centers, bungee jumps, rain forest tours, etc.

We, who live the life here, are not at all that happy with the new increases in electricity, water and gasoline. It is hard to roll over in joy when paying more than any other Central American country in day-to-day essential expenses and with the threat of unemployment.

Food is outrageous, especially imported finished foods.  After all, Costa Rica is famed for exporting the tomato and then importing the same little red devil in a can from Guatemala at two times the original price. Campbell’s Soup is no exception and neither is cat food at $1.00+ per can.

If you want to live here, be prepared to pay double, even triple your home country costs of water and electricity. Recently, the department that authorizes pay hikes, ARESEP, has granted gasoline to increase another 20%.

In telephones, expect an immediate 20% increase and a proposed 83% increase in the near future by the one and only land line monopoly, ICE.

Every poll made by Unimer and the Spanish language newspaper, La Nación has concluded a profound lack of confidence in Costa Rica by Costa Ricans in both the economy as well as government.

According to La Nación and recent articles written in Spanish, the annual increase in hospital emergency care for those on antidepressants is 17%. Unimer, a polling company alleges 24% of the population, of all ages, is on antidepressants and 32% require sleep medication.

Now, that does not sound so “happy” to me.

Before you jump off the depressing developed world of the U.S., Canada, and Europe to “paradise”…. think twice and do a lot of homework.

Today, a local bank teller turned out as a thief of some $200,000. Both the Spanish language newspapers and digital news ran 1st page article, “Pessimism and hope is prevalent among the young.”

As a side bar: the bank teller was set free on his own recognizance.

When youth relinquishes hope, we do have a serious issue, a serious problem that permeates society for many years into the future and that is what is happening.

Further studies indicate Costa Rican youth have little if any faith in “honesty” by government or business and indeed peers.

They have “little faith” in their future except on a limited basis. Only 20% of university graduates dream of their own business. The other 80% will work with private enterprise and most of that group have hopes of working with the State.

The premise is not socialism in itself but rather the attractiveness and access to “corruption”, pseudo democracy, and greed.
We are, what we are and cannot change that. What we can change is what we do not wish to become.

Costa Rica is losing foreign investors, tourists and retirees because there is not, absolutely no evidence that these spenders are “welcome” other than in the advertisements, as well as the Pura Vida myth.

However, if you keep repeating “Pura Vida” long enough and repeatedly, it becomes a mantra.

While doing a small interview at RIU, the resort (not hotel only) which was loaded down with people from all sorts of countries the guests all spoke highly of Costa Rica. But, and this is a big but, they never learned nor explored Costa Rica except by Riu guides and conditions.

In the end, the all inclusive resort tourists know nothing of Costa Rica and are limited to the opulent hotel grounds, special events, teachings of language, art and tradition, excellent non-traditional foods, local activities and pristine beaches and that is not our country.

Costa Rica, much like Mexico, who also markets “happiness”, when in reality poverty is rampant. Here, in “Pura Vida” those who clean, construct and struggle for economic survival are mostly imported from Nicaragua. Meanwhile, those locals with “money” have little faith in the economy and I find it hard to believe that we are anywhere near to the “Happiest Country on the Planet”.

Let reality prevail and be addressed for what it is, says Q

QCOSTARICA - Changes in consumption habits in terms of times, types of preparation and specialties challenge the coffee sector. Most of the consumers in Costa...
Rico's Digest