How cannabis legalization can help the economy 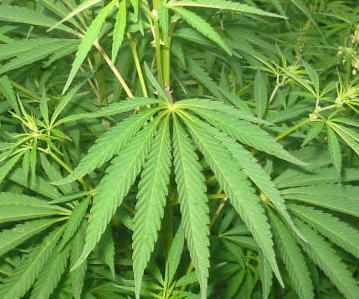 More and more states are legalizing cannabis, and the federal government is taking notice. While it may seem like a small step to legalize marijuana in one state or another, it’s very significant for America as a whole.

It seems that legalizing cannabis would benefit everyone involved, so let’s take a closer look.

Cannabis is a renewable resource

If you were to take a look at different industries such as the automobile industry, mobile phone industry, the computer industry, and more, you’ll realize that they make a lot of money. This is fantastic for the economy. However, many of these industries are using non-renewable resources, As well as the fact that the process to make these products is harmful to the environment.

Cannabis as a product, on the other hand, is a renewable resource, since it can be grown and regrown many times without running out. In addition to this, it doesn’t have any harmful effect on the environment. This means that there is now a product that can be used to add a lot of money to the economy without running out.

The cannabis industry can create jobs

Some of these jobs include farming the actual marijuana, distributing the marijuana, and contacting all of the head shops that sell marijuana. There are also online shops that sell devices like dab rigs, edibles, and dry herb vaporizers like the DynaVap M, of which you can get one here. The number of jobs that have been able be created because of legalization is endless.

As mentioned with the creation of jobs, marijuana doesn’t only affect one industry and does cross over various sectors. For example, the marijuana that is farmed needs to be distributed, which is often done using shipping companies or trucking companies. This means that if more farms are set up, there’s going to be a greater need for distribution companies. This then creates opportunities for people to start up distribution businesses, which also allows for Investment opportunities.

Another example would be education. If farming marijuana is to become a normal thing, such as farming vegetables or fruits, then it could be included as a subject in universities that might fall under agriculture. Not to mention the fact that marijuana itself is so diverse and one needs to have intimate knowledge of the effects of the plant in the different strains to advise customers which strain to choose over another, especially when working at a dispensary.

Lowering crime rates might not sound like an economic benefit until you realize how much money is spent on trying to manage marijuana-related crimes. To put this into perspective, in 2018 around 663,000 marijuana-related arrests were made. If you were to do some maths about this, that would mean that between 30,000 to $35,000 Is usually spent to house inmates.

This doesn’t include the amount of money that is spent on law enforcement, so in other words, this money could be better spent elsewhere, rather than being used for arresting recreational marijuana users.

- Advertisement -
Paying the bills
Previous articleOnline Gambling Scams And How to Avoid Them
Next articleWaters of Manzanillo, Malpaís and Playa Carmen in Santa Teresa are “highly polluted”, according to study

Cryptocurrency staking is a popular option for passive earnings...