How Many Does It Take to Read The Electricity Meter? 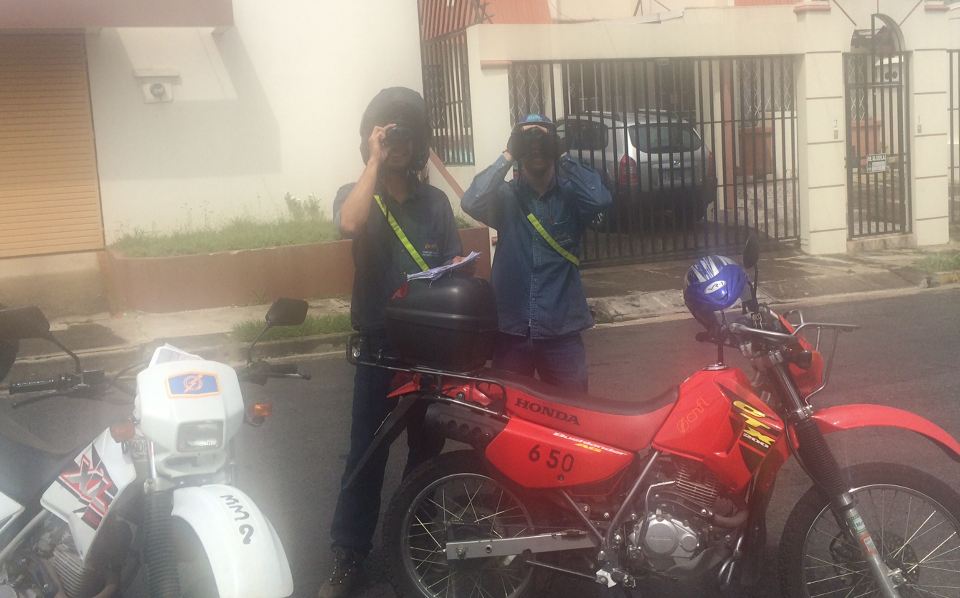 TICO BULL — While regulations for newer construction require the electricity meter (medidor in Spanish) to be located externally, for older homes like the one I live in, the meter is inside the property line and with no direct access by power company employees.

Once a month, employees of the Compañía Nacional de Fuerza y Luz (CNFL), the national light and power company, a division of the State power company, the Instituto Costarricense de Electricidad (ICE)  take to the task of reading the meters on their route.

As Daniel and Luis explained, for the most part the job is easy, stepping up to a meter and noting the information on a form. At houses like mine they have to take out their binoculars: one with the job of reading and calling it out, the other writing it down.

This tag tag reminds of an old joke about Italy’s policemen in small towns, as the joke goes, they would always work in pairs, for could only read, the other only write. I said it was a joke, a good one if you are an Italian of a certain generation.

The meter on the outside of my house is partially obscured by a growing plant. It was just the other day that I was asked the other day by a friend, about the plant and the meter. “How can they read your meter?” was the question.

So, it was with delight, since I had been waiting for this, the boys in action this morning. There they were, off their mountain bikes, one with the binoculars calling out the numbers, the other writing them down. At one point both had their binoculars to ensure that the meter was actually visible. Maybe they didn’t trust each other. The whole exercise took 4 minutes. I had clocked them. 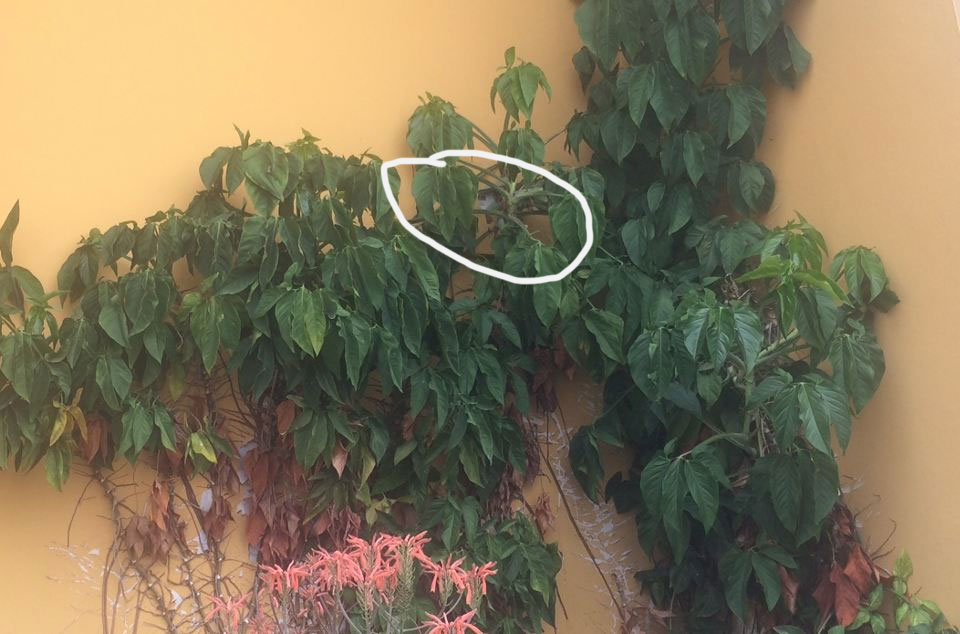 My neighbours was much easier. The house is undergoing renovation and the meter, on the side wall and within the property line, was easy to spot and read.

Being the shit disturber that I am, I went to talk to them, asking “why doesn’t the CNFL require meters to be at the face of the property line and what happens if you can’t read it?”. The real question I wanted to ask is why does it take two of you? Maybe another time.

Luis taking the lead, explained that new regulations approved by the regulatory authority on energy requires the placement of the electricity meter at external locations as the meter can be read without gaining access to the premises.

For older properties like mine, Luis explained that if they can’t read the meter they will ask for permission to enter the property. Without permission they cannot. If the permission is refused or there is no one home, it is noted and the billing goes to “averaging”. Averaging, according to Luis can be expensive, since the power company uses an estimation of consumption based on history and not the actual use.

Ok, got it. I will cut down my plant for the next billing cycle.

But that isn’t the story, even though you may find it information and humourous. The real story is that it takes two people to the job.

Two people at a time when the country faces the highest electricity rates and losing industry over it. Yes, we listen to the government and ICE tells us about the high cost of generating electricity, etc, etc. but nothing about the administrative side, which clearly, by my experience this morning, is not working.

Today, Thursday, June 17, vehicles with plates ending 7 & 8 CANNOT circulate The measure is countrywide and applied between 5:00 am and 9:00 pm,...
Banking

QCOSTARICA - A sad discovery occurred this Thursday morning in a hotel located in La Sabana, in San José, the lifeless body of a...
Crime