How the Sandinistas Lost The Youth of Nicaragua 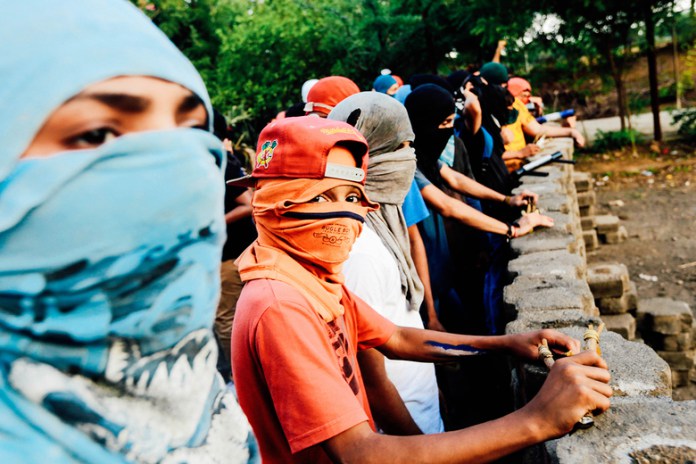 By Cinthia Membreño, Slate.com – Children of the Revolution. In 2006, I voted for Daniel Ortega. I was 17 years old, a freshman in college, and strongly influenced by the stories my parents told me about the Sandinista Revolution he helped lead in the 1970s. Oral history took a toll on me. Even if I hadn’t even been born in those times, I was able to imagine what my parents felt when they heard they were free.

Ortega fought with the Sandinista National Liberation Front, the FSLN, in its long struggle against Anastasio Somoza’s dictatorship. After taking power and adopting socialist economic policies, his government fought a brutal civil war against the U.S.-backed Contra rebels throughout the 1980s. He was defeated in the 1990 election, then returned to the presidency in 2006. He was re-elected in 2011, and after changing the constitution to allow him to run for a third consecutive term, again in 2016.

Over the past 11 years, I, and many other young Nicaraguans, have come to see Ortega not as a revolutionary hero but as the face of dictatorship. But until a month ago, it was hard to believe that anything would ever change. Today, I get the impression that we are about to witness another kind of revolution and another moment of freedom. This time, we hope, it will be different.

For the past four weeks, Nicaragua has been mourning the deaths of more than 70 people, mostly university students, who were killed by the national police and paramilitary forces during demonstrations against Ortega’s government.

According to a recent report of the Inter-American Commission of Human Rights, 868 people were also wounded and 438 people have been detained in the past month. These protests have taken place in cities that would historically support Ortega. And they’ve been driven and led by young people like me.

Over the past 11 years, I, and many other young Nicaraguans, have come to see Ortega not as a revolutionary hero but as the face of dictatorship.

Young Nicaraguans are often described by their elders as individualistic, self-centered, and apathetic to politics. Academic studies describe us as strongly attached to our families and our religious communities. To be honest, I also thought we were politically “asleep.”

But something changed on April 18. That day, the government informed Nicaraguans that the president had approved a decree that would dramatically transform our social security system. Not only would workers and companies have to increase their financial contributions to the Social Security Institute, but elderly citizens were going to get less money from their squalid pensions. This is a significant cut in a country where the minimum salary ranges between U.S.$130 and U.S.$160 dollars per month.

Young citizens started demonstrating against the decree. And when the government showed that it was willing to use violence to end the rebellion, the fight changed. The demonstrators were no longer seeking to reject the social security reform—they wanted to get Ortega out of power.

It was an unequal fight. Pictures and videos posted on national and international media, and social networks, showed that the government shot civilians with guns, including AK-47 rifles, while the students fought with rocks, homemade mortars, and their Nicaraguan flags.

Isaac Briones, a 23-year-old communications student at Universidad Centroamericana, or UCA, felt infuriated when he saw the government killing his peers. He broadcast footage of the anti-government protests on his Facebook page, first showing how the national police were attacking citizens and then inviting people to participate in the marches that he would attend.

Like me, Briones grew up hearing heroic stories of the FSLN because of his Sandinista family, but he opposes its leader. “Daniel Ortega has betrayed the ideals of his political party,” he told me.

The Nicaraguan sociologist Elvira Cuadra said that Briones’ political rejection is common in a generation that she calls “the Youth of Democracy,” who were born in the late 1980s or ’90s and grew up in more peaceful times.

“They grew up hearing about the right to vote, constitutionality, and the construction of democracy. These three generations are building a different political culture from the one we have seen so far, which is based on values and beliefs related to democracy. They are very critical about the way the system works and have a civic attitude,” she said.

Lesther Alemán, a 20-year-old communications student at UCA, got widespread attention for calling Ortega a murderer right to his face, during a national dialogue session with the president that was organized and mediated by the Catholic Church on May 16.

“This is not a dialogue. We are here to negotiate your exit and you know it because this is what Nicaraguans have been asking for,” Alemán told the president, reminding him of the three massive marches that took place in Managua prior to the event.

He has become the face of a student coalition driving the protests, but he’s not the leader of the movement. There really isn’t a leader, a fact some Nicaraguans have used to criticize the movement.

Cuadra disagreed, saying, “In Nicaragua, we are used to having a leader, but this movement has several leaderships as well as new forms of civic organization. That is why it has been so hard for the government to stop it.”

“For me, the legacy of the party relies on sadness, disappointment, and murder.” — Isaac Briones

Cuadra believes that Nicaragua has been cultivating enormous social and political capital without even realizing it.

“Students have regained their autonomy, independence, and ability to act. There is a new student movement in Nicaragua. They have revitalized their cause, both in high school and university levels,” Cuadra said.

But why did these students become so actively involved within four weeks?

The government’s crackdown was a major factor in driving more support for the protests. Cuadra said the respect younger people have for elderly citizens also played a role in the social outrage. When the students heard about the social security reform and saw how elderly civilians were beaten by the police and paramilitary forces, there was a breaking point.

Twenty-six-year-old Gloria Cordero, who works in the marketing department of a private university, said her family also has a Sandinista background, but her mother never imposed support for FSLN on her.

Cordero said she was suspicious of Ortega since she started hearing about him and his potential presidency. “I was 15 years old when people talked about the consequences that a second term of Ortega would have on the country’s economy and its diplomatic relations. Daniel Ortega represented the uncertain to me,” she told me.

By the time Ortega returned to power, Gloria became anti-government. Her main motivation for participating in the protests of the past month was to demand a transformation of the political system. She doesn’t expect the upcoming governments to be perfect, but she would like to see a cleanup of the parties. For her, Ortega is the representation of corruption.

On the other side of the spectrum is 36-year-old Selene Reyes, an independent worker who sells food for a living. She admits that there is corruption in Ortega’s government but doesn’t think it is a reason for overthrowing him. Her family is strongly Sandinista and has got the theory that the university coalition is being financially supported by other political parties.

When the protests started, the Catholic church of her neighborhood served as a spot to collect food and medicine for the students who were under siege by the government and to provide medical care for both anti-government and pro-government citizens. It was a neutral area where doctors and aspiring doctors as well as young volunteers provided help for others.

Reyes supported the students at first because of ethical and Christian principles, but now she has a conflict with their political demands. She said that she voted for Ortega and doesn’t have a problem with him staying in power.

“We cannot say that Daniel Ortega’s government is completely negative … A lot of people criticize him for his populist programs, but he gave housing, free education, and farm animals for poor people … Daniel Ortega is not perfect, but no one is,” she told me.

Reyes thinks that if Ortega was behind the attacks on students, he should be held responsible for his mistake. But even if he turns out responsible, she would vote for him again out of loyalty to the FSLN.

At this point, talking about the legacy of the FSLN has become a complex task. Isaac Briones said that it will be quite difficult to separate the political figure of Daniel Ortega from the meaning of Frente Sandinista. He thinks that Ortega and his wife and vice president, Rosario Murillo, have taken over the political party to such levels that there is no distinction between them and the party.

“For me, the legacy of the party relies on sadness, disappointment, and murder”, he said.

Nevertheless, Elvira Cuadra thinks that there should be a separation between Ortega and the FSLN as a political movement, which has changed since its origins. “That movement, with the structure and organization that it used to have in the ’80s, does not exist anymore, but we see the remains of its historical impact when we hear young and old civilians singing the slogans of revolutionary times,” she points out.

In the several protests I have attended, we all ended up saying the slogans that we heard from our parents every July 19, in commemoration of Nicaragua’s Freedom Day. One, in particular, always come up: “The people united will never be defeated”. We keep repeating that phrase over and over, in every march. I think we may finally be starting to believe it.

Article was originally published on Slate.com. Read here the original.

- Advertisement -
Paying the bills
Previous articleAmazing! Incredible Traffic Crash Cañas And No Injuries. (Photos)
Next articleNicaragua,Venezuela: One Enemy, One Fight For Democracy