Hundreds Gather in Cuba In Frustration at Ecuador Visa Rule

TODAY CUBA – HAVANA (AP) – Hundreds of angry Cubans confronted police and Ecuadoran embassy officials in an unusual display of public discontent on Friday after the surprise announcement of a new visa requirement aimed at choking off this year’s historic overland emigration of Cubans across more than 8,000 kilometers of South and Central America to the U.S. border with Mexico.

[su_pullquote class=”H2″]More than 3,500 Cuban migrants continue stranded on the Costa Rica – Nicaragua border, waiting on a solution to the crisis. Read more … Nicaragua’s Position Unchanged On Cuban Migrants[/su_pullquote]Chanting “Visa! Visa!” as dozens of uniformed and plainclothes security agents looked on, Cubans with tickets booked for Ecuador in coming days complained that they would lose years of savings because of the change announced by the Ecuadoran government Thursday evening, which left them less than two business days to get their hands on a visa.

The lack of a visa requirement for Cubans made Ecuador a favored destination for those seeking a vacation or job abroad, as well as those who leave the island and make the overland route to the United States, where they can receive automatic legal residency. 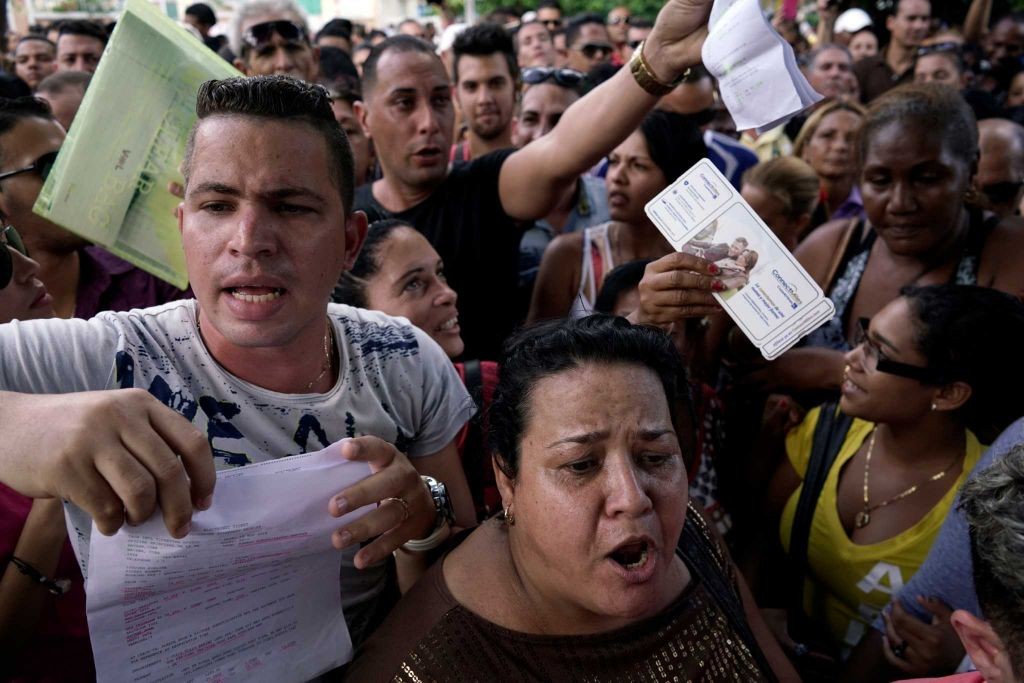 On Thursday, Ecuador’s Deputy Foreign Minister Xavier Lasso said his country would require visas of Cubans starting December 1, 2015 in order to curb migration that he said “puts at risk men, women and children.” The measure, part of the agreement reached on Tuesday during a meeting in El Salvador of Foreign Minsters of the region, as part of an effort to stem a flow of migrants using Ecuador as a transit country to reach other nations without permission.

Ecuador had been one of the few countries in the Americas that doesn’t require visas for Cuban visitors. The flow has surged in 2015 due largely to fears that the detente between the U.S. and Cuba announced last Dec. 17 would lead to the end of special Cold War-era privileges for Cuban migrants.

Many people lined up early in hope of getting a visa, which will be required for travel as of Tuesday. But diplomats told the crowd by loudspeaker that they would have to apply for a visa via a government website. Most Cubans have almost no internet access.

Police blocked off the area around the embassy in Havana’s Miramar district and by late morning, the crowd began to dwindle to at most about 200. 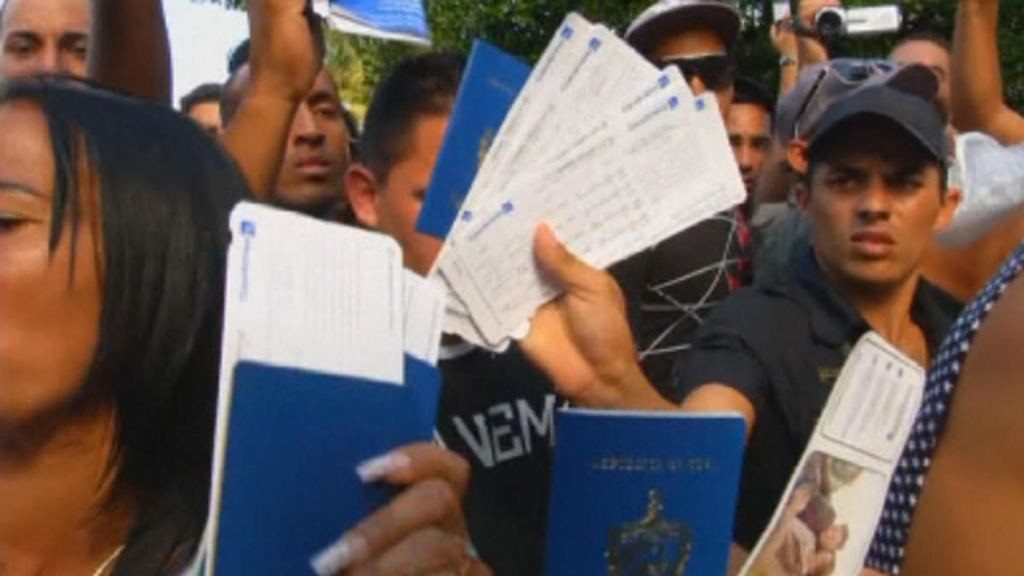 Street gatherings that aren’t explicitly pro-government are extremely rare in Cuba and the crowd in front of the Ecuadoran embassy on Friday expressed a degree of anger at President Raul Castro’s government that is rarely seen in public.

“This is Raul Castro’s fault, nobody else’s,” said one member of the crowd, as security agents and members of the international media recorded the events.

“I’m desperate,” said Carmen Lopez, a 62-year-old homemaker who spent $800 on a ticket for a Wednesday flight to visit her two sons in Ecuador. “I’ve made a lot of sacrifices to save my money to be able to go see them.”

Ecuadoran embassy officials outraged the crowd when they announced through a loudspeaker than Cubans traveling next week would have to apply online for tourists visas.

“They haven’t told us anything,” said Yasell Zayas Salinas, a 25-year-old self-employed candy seller, who had been planning to fly to Ecuador with his brother. “They changed it all from one day to the next.”

QCOSTARICA - A Costa Rican tried to enter the country through the Juan Santamaría International - San Jose Airport - with US$153,244 (the equivalent...
Corrupion

Today, Thursday, June 17, vehicles with plates ending 7 & 8 CANNOT circulate The measure is countrywide and applied between 5:00 am and 9:00 pm,...
HQ