QCOSTARICA – This year, in Costa Rica “Black Friday” has become Fin de Semana Negro” (Black Weekend) as the promotions continue past the traditional one day, continuing into the weekend until Monday, with the so called “Cyber Monday”.

The number of retailers joining the Black Friday promotions grew this year over the previous years, partly due expanded financial credit for consumers to make their purchases.

For many consumers, Black Friday is a ‘reward’ purchasing process, looking for deals on products they want, not necessarily need.

The growth of Black Friday in the country is also due to the growth in purchasing power. By July this year, the number of credit cards in the market rose 4% compared to the same period last year, according to the Ministerio de Economía (Ministerio de Economia, Industria y Comercio de Costa Rica – MEIC).

Pablo Arce, marketing manager at Grupo Monge, one of the larger retailer with outlets throughout the country, said “purchase intent has been higher this year, in the last two weeks we had a significant flow of customers to apply for loans.”

Expanding Black Friday to the weekend also allows consumers and retailers not to be tied down to one single day. Many consumers who could not take the day off work Friday, will be using the weekend to make their purchases. Spreading the even over several days also avoids crowds during limited hours.

The promotions this year have also diversified, moving away from retail only, to services such as courier companies, restaurants and even real estate developers.

Chili’s restaurants, for example, has it’s ‘Paradise Pie” at half price. Luemi Group, developers of Torre Rohrmoser is including appliances in the purchase of an apartment. Kirebe, developers of Montesol in Santa Ana offered a “cash back”, plus furnished apartments to Black Friday buyers.

The telcos also joined in the Black Friday frenzy. Kölbi, Movistar and Claro all had Black Fridau deals, with discountred pricing on plans, phones and topping up prepaid minutes.

But, not everything on Black Friday is a deal.

Consumers are being asked to be careful and report any irregularities in pricing. On Friday alone, the Ministry of the Economy received 100 calls of alleged false advertising.

The director of the Office of Consumer Advocacy of the Ministry of the Economy, Cynthia Zapata, said 29 establishments were found to have committed irregularities in their Black Friday promotions, most related to the lack of information or misleading advertising to induce or mislead consumers. 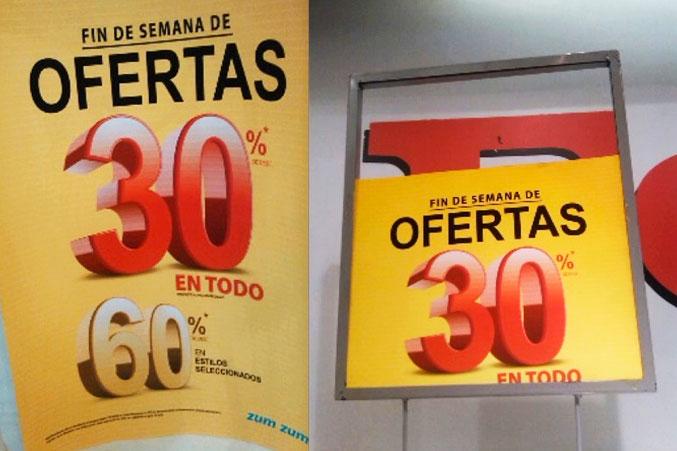 Zum Zum stores, for example, advertised discounts of up to 60 percent on some items, but was forced to correct the advertising because they were out of stock of products with the price reduction.

The Ministry of the Economy did not disclose the name of the other establishments with irregularities given that inspectors found they had quickly corrected the errors.

Consumers can use the toll-free lines at 800-CONSUMO or dial 1311 to file his complaint.

Consumer uncertainty remains, but there is a little less pessimism

Currently, 6.5% of Costa Ricans say that the Government is doing...
Read more

Investing and getting a good income is one of...
Economic Recovery