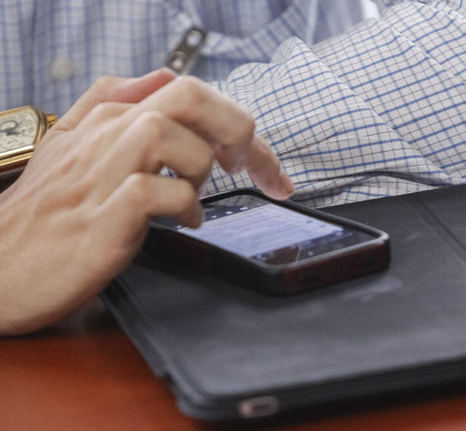 QCOSTARICA – Gathering evidence of alleged infidelity by his spouse, amid a divorce, a man was sentenced to six months in jail for stealing information from his now ex-wife’s cellular phone.

The man, only identified as bank employee, was also order to pay his ex-wife ¢2.5 million colones, and the same amount to her friend, whom had sent her the text message.

But, the man won’t be spending any time in jail, the sole judge of the Cartago Criminal Court (Tribunal Penal de Cartago), Shirley Moraga, commuted the sentence to probation.

The story dates back to 2009, when the man suspected his wife was cheating on him. The court record indicates that while she was in the bath he would review her text messages, including taking a screen shots and forwarding himself the messages.

In her judgement, Judge Morafa, said the man’s jealousy led him to suspicion and the information he obtained “was not accidental … taken with the intention of ending the marriage.”

There are have been a number of case of significant others obtaining private information illicitly, and in some cases, such as the Karina Bolaños case in 2012, a sexy video of her was published. The video went viral on the social media and cost Bolaños her job as deputy minister of Culture in the Chinchilla administration (2010-2014).

The Penal Code (Codigo Penal) in Costa Rica establishes criminal liability for the violation of privacy and communications, even if between spouses.

However, complicated, in many cases, proving criminal intention and in the case such as the Bolaños,  imposwho leaked the communication and who published it.

How Costa Rica VPN Can Protect Your Privacy Online

If you’re in San José, California, and want to mask your...
Read more

“Incompatibility” will be grounds for divorce in Costa Rica

The impossibility of continuing a life in common in marriage, due...
Read more

Q TRAVEL - Travelers from the European Union or third countries, including Costa Rica, who have fully been vaccinated, will now be able to...
Coronavirus