Tips for Being a Better Gringo 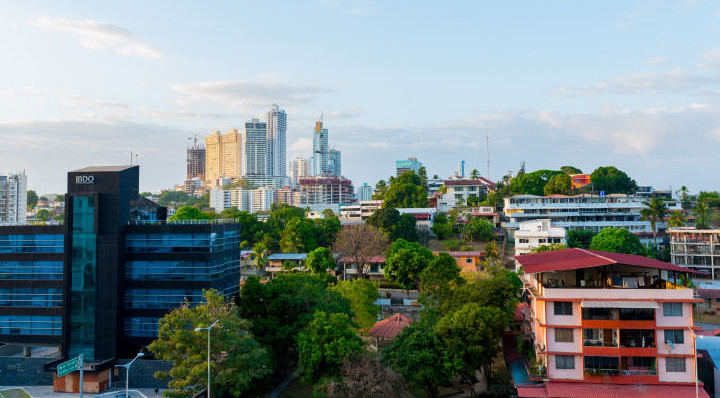 TODAY PANAMA – Foreigners living in Panama right now are living here at a sensitive time in Panama’s history. While Panama has for many years been known as a melting pot that is very open to foreigners, there is a growing anti-foreign backlash that is starting to take hold in certain segments of the population.

Article by Michael Longo, Via Panamaforbeginners.com

For better or worse, when you live as a foreigner in Panama, you act as a representative for your entire country. Your actions, both good and bad, help to shape the reputation of your fellow countrymen.

Case in point: A Venezuelan woman learned this the hard way when she made derogatory comments about Panamanians on her Facebook page, calling them “banana eating monkeys,” among other insults. Her remarks went viral, she was fired from her job, and many are now calling for her deportation.

It is clear that at a time of already heightened tension, her remarks couldn’t have come at a worse time. While her remarks may have been particularly bad, it’s clear she is not alone in the expat community of people who have made disparaging remarks about Panama and/or Panamanians. Quite frankly, many expats could use a major attitude adjustment to the way they think and talk about Panamanians.

It’s inspired me to write this article, to try to help foreigners in Panama avoid situations where they negatively represent their country by taking actions that are insulting to Panamanians. While none of us are perfect, we should all try to act in a way that reflects well on ourselves and our home country, so that when there is discussion of foreigners in Panama, no one can find anything negative in our conduct. This article is obviously not just for “gringos,” but applies to all foreigners living in Panama, regardless of nationality. Here are 10 tips that foreigners can embrace to correct bad behavior and be a more positive representative of their country.

1. Quit complaining that not everyone speaks English

I don’t know where expats (particularly Americans) got the idea that when you move to a country where English is not the native language, that everyone should speak English on top of their local language. When you move to a foreign country, you should not expect everyone to adapt around you. Many Panamanians do speak English, but expecting everyone to is unreasonable, and should not be used as a reason to disparage a country.

2. Make every effort to speak Spanish

This one is obviously related to number 1, but even for expats who do not expect everyone to speak English, it is still another step to get some of us to speak Spanish. I am not saying everyone has to become fluent. Learning a second language is hard (which is another reason why we shouldn’t expect every Panamanian to naturally be able to do it), but everyone should make an effort to learn at least basic Spanish to communicate when out at restaurants, in cabs, at the store, etc. Using even basic broken Spanish will leave a better impression than speaking loudly in English and pointing at things when trying to communicate. If you are struggling to learn Spanish, you can check out a few of the articles in our Learning Spanish section. 125 Spanish Words Every Expat Should Know may be particularly helpful for basic Spanish to help you get around.

This one REALLY gets to me. Some expats have gotten it in their heads that Panamanians are a lazy people, but let me break it down for you. First off, the average work week for most jobs in Panama is 6 days. That’s 6 full days, 8 hours a day each week, just to earn their basic monthly salary. On top of that, because of how poorly most of these jobs pay and how expensive it is to live in the city, many workers live outside of the city and do not have a car, so they are forced to take multiple buses to work. This can add 1-2 hours or more each direction to their commute to work. So for many workers, between their work time and commute, it can add up to 70 hours or more each week. And that’s just their first job. It’s pretty common for Panamanians to have a side gig like preparing and selling homemade food, or providing another service that earns a little extra cash, on top of their full time job. Meanwhile there’s a good chance that your expat who is making comments about lazy Panamanians is doing so while drinking cervezas at their pool at 2pm on a Wednesday. So who are the lazy ones again?

This is another one that seems to go along with lazy, but I’ve seen some expats criticize Panamanians as “uneducated”, which is really just code for “stupid.” This is another surefire way to appear condescending. In any country, you are sure to meet people who are not too well educated or are ignorant. This is true in your home country, just as it is in Panama. But I also know many Panamanians who can run mental gymnastics around myself and most of the expats I know. So don’t take one bad experience you may have and use it to make generalizations against an entire nation. Particularly if you are making your comments about other’s intelligence in a poorly spelled and punctuated Facebook post.

If you are an expat in Panama, chances are you have more money than the average Panamanian. Most likely a lot more money. 85% of working Panamanians earn less than $1000 a month, and 23% earn less than $400. Because of this, take care when making comments about how “broke” you are, or how expensive things are. If you do so, make sure to do so in such a way that doesn’t make you appear out of touch to someone who is trying to make it by on much less than you are.

Also, if you do have more wealth than the average Panamanian, then definitely don’t be a cheapskate. I am not saying overpay for things or allow yourself to get ripped off. I think that’s actually detrimental to Panamanians in the long run. But you should be on the generous side of normal, particularly when it comes to tipping, and should not be pinching pennies at the expense of others.

6. Don’t lose your mind over the service

Look, I get that Panamanian service leaves something to be desired. I think most Panamanians would agree with you on that. But there is a difference between having a complaint or two about the service at restaurants and acting like it’s the end of the world every time it takes a little longer for somebody to take your order. If the worst thing that happens to you is it takes you a while to get your burger and fries, then your life is pretty blessed, and you should put things in perspective. Nobody likes a serial complainer, so try to be tranquilo about as much as possible.

7. Be respectful of Panamanians

I was going to make this one “be respectful of Panamanian women,” but I decided to expand it and make it more general. To talk about that issue briefly, don’t be the “gross gringo” who comes here and acts in a way that is demeaning to Panamanian women and treats them as objects instead of people. But in general, treat everyone as your equal and never think you are above anyone else. This goes for anyone you interact with, whether they are your maid or the President of the Republic. You’d be amazed that if you treat others with kindness and respect what you will get back.

This is an easy one to do and will go a long way to making people have a good impression of you. It’s easy for an expat to come off as rude because they don’t know the basics of how it is appropriate to interact with people. For example if you get in an elevator with someone, it is customary to greet them by saying “buenas” when you get in the elevator, and “hasta luego” or “ciao” when either they or you exit the elevator. Doing this as opposed to getting in and staring at the wall will improve your neighbors’ opinion of you. In general, things that would be considered good manners anywhere in the world are viewed even more important here. Say please and thank you. Hold the door open for people. If you see an elderly person or pregnant woman, offer them your seat or allow them to go ahead of you in the line. Say “mucho gusto” when you meet someone for the first time. If someone wishes you “buenas noches,” say “igual” back to them.

Want to know a quick way to piss off a Panamanian? Say something derogatory about Panama or its history. Panamanians are proud of their country, and like to celebrate their accomplishments. My wife always tells me the story of how when Panama won its first Olympic Gold Medal, they took the athlete off the plane when he arrived home and paraded him around on a fire truck throughout the city.

Panama also has had complicated events in its history, particularly events involving America. If you are not familiar with Panamanian history, look up both Martyr’s Day and the US Invasion of Panama. Because of this, there are certain topic that may be sensitive for some Panamanians. Always take extra care to be respectful of this, and never say anything that is derogatory about Panama’s history or its accomplishments.

I’m not trying to be a buzz-kill here. I’m not saying don’t drink. I’m not saying don’t go out and have a good time. What I am saying is that if getting wasted is going to make you more likely to violate any of the first 9 rules in this article, then consider moderating. “I was drunk” won’t buy you an excuse if you engage in bad behavior.

So there are my 10 tips for being a better gringo. I think if we all take a moment for self reflection, we will realize that we can improve on one of more of these points. Nobody is every going to be perfect, but we should all set a high standard for ourselves and strive to reach it. If we do that, not only will we give off a better impression of ourselves and our country but we will have a more enjoyable experience in Panama as well.

Workers, employers and government representatives in Panama are discussing adjustments to...
Read more