I am not really a Costa Rican!!! 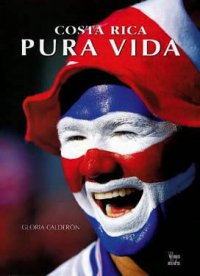 Actually I have been a naturalized Costa Rican citizen for over ten years but…….

About 27 years ago visited my dermatologist in downtown San José. We talked and he asked how long I had been living here. He knew I was originally from the States but nevertheless said, “Ya eres tico!” or You’r ea tico! That was the fist time a Costa Rican had ever said that to me. I really felt flattered.

Since then many Costa Ricans from taxi drivers to a former president have paid me the same compliment on numerous occasions. Why? First because of my linguist ability. I speak Spanish with native fluency. Probably the only way I could improve would to have been born here. The other day for example, I was talking to a tico friend who is sales and I used a local expression or tiquismo. Right away my Costa Rican friend told my gringo friend who was also with me, “Chris is a tico.” Obviously because of my Spanish skills and knowledge of the local slang.

In addition to my language skills I really understand the Latin sense of humor and the culture both of which help me fit in here.

I really feel proud of the effort I have made over the years to learn all I can about the Costa Rica. My efforts have really paid off. Felix Pérez, who drivers the bus on my monthly relocation retirement tours, has told me on repeated occasions that he has never met a gringo living in Costa Rico who fits in so well. He loves the fact that I have mastered the local street slang called pachuco. Felix has connection with a local radio station and wants me to go on a talk show called “El Manicomio de la Risa” or The Insane Asylum of Laughter.” The show is hilarious and I’d love to appear on it as a gringo who has mastered Costa Rican slang. Perhaps someday it will happen.

Anyway I know I will never be a native born Costa Rican but really feel happy that the people here have embraced me as one of their own and appreciate my effort to blend in. My good friend Mercedes Castro paid me the ultimate compliment at a party a few months ago when she introduced me to the other guests. She said, “Este mae es uno de nosotros.” “The guy is one of us.” My girlfriend has also echoed Mercedes’ sentiments repeatedly.

Other foreigners should follow the advice of this time-tested expression: “Cuando se encuentre en Roma, compórtese como los Romanos” or “Al pueblo que fueres, haz loque vieres.” Both expressions mean, “When in Rome, do as the Romans.”

The bottom line is that if you make an effort to understand the culture and the language of Costa Rica you can have an incredible life here.