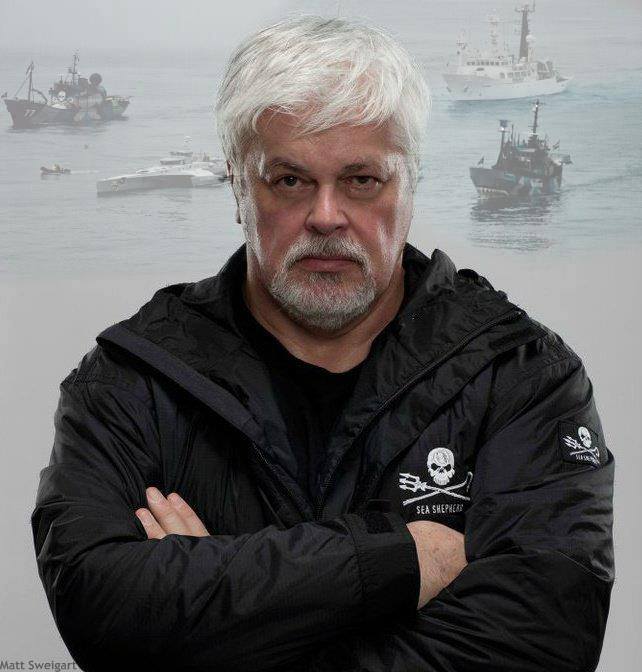 QCOSTARICA – “I need your signature”, says Paul Watson on his Facebook page with a link to a community petition to get the Costa Rican government to drop charges against him, charges Watson calls “bogus”.

“They are trying to extradite me for stopping a shark finning operation in 2002 in Guatemalan waters. This was done at the request of the government of Guatemala. No one was hurt. Nothing was damaged. Sharks were saved. Costa Rica has a problem with that.

“The same courts that let the murderers of Jairo Mora Sandoval go free because the police and prosecutors conveniently lost the evidence now want to put me in prison for 15 years for saving sharks.

“We need to keep the pressure on Costa Rica to enable us to return to defend marine reserves, turtles, sharks, whales, dolphins and fish,” says Watson.

The petition reads: “The greedy interests of the very few who enrich themselves ravaging the life seas have turned his main defender, captain Paul Watson, a fugitive from the supposed “justice” … They are using no other than the courts of the country that boasts itself as “environmentalist”, which chase him for nearly thirteen years with a judicial cause invented by illegal shark fishermen and supported by illegal fishing mafias who kill marine wildlife in cold blood and without restrictions (…)”.

The petition already has more than 19.900 signatures (goal is 20.000) and not only from Costa Rica, also from Denmark, Ireland, Italy and Belgium,to name a few. 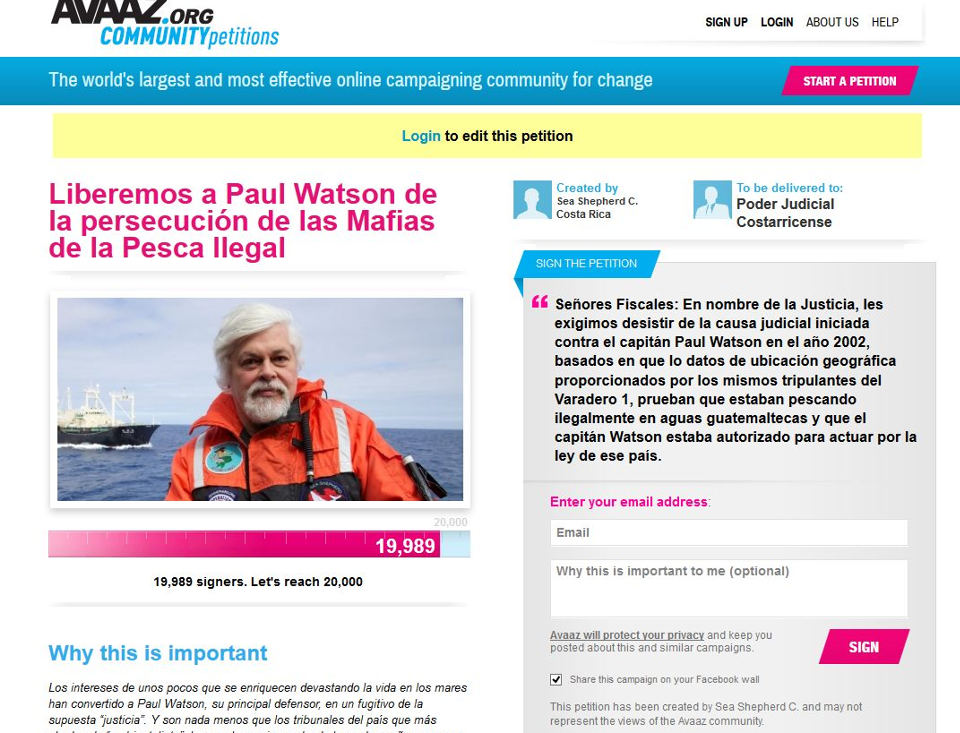 The petition has been created by Sea Shepherd C.