QCOSTARICA – Just when you thought it would never happen again, drivers will soon be able to cross the La Sabana Sur intersection, in front of the McDonalds (or across from the Gimnasio Nacional).

The Ministerio de Obras Públicas y Transportes (MOPT) announced it will, starting May 18, allow north/south traffic to cross traffic and will install the first rail crossing barriers to regulate traffic.

Since March 2013, the MOPT choked off north/south traffic due to the high number of accidents involving the train and speeding traffic coming off the Ruta 27.

The director of Traffic Engineering, Junior Araya, said that the rail crossing will have sensors and will be connected to the traffic lights. So that when the light turns red or when the train approaches, the barriers will drop to prevent cars from passing through the intersection. 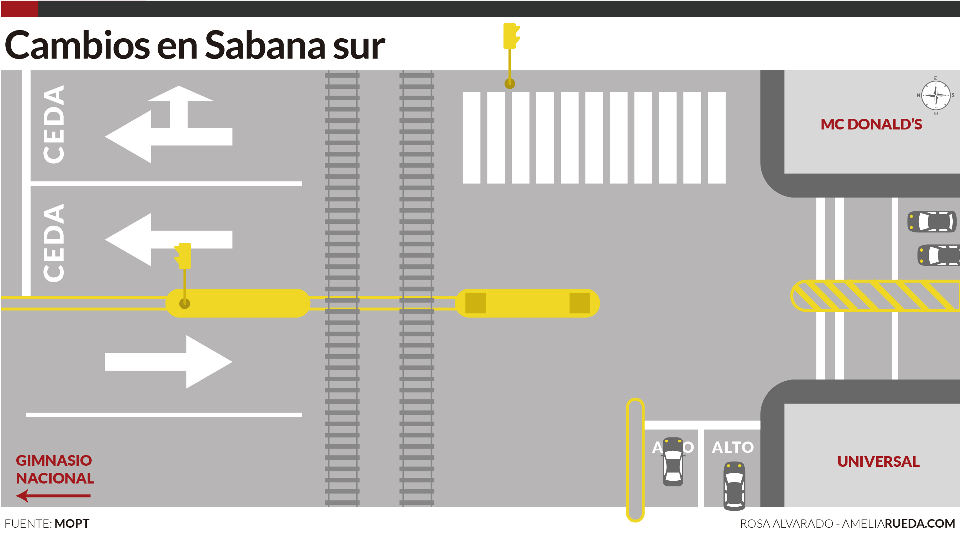 Q24N - El Salvador may be the first country to adopt bitcoin as legal tender, but recent developments suggest that it might not be...
Travel