“I Never Imagined I Would Vecome a Part of All of This”, Costa Rica’s Floribeth Mora 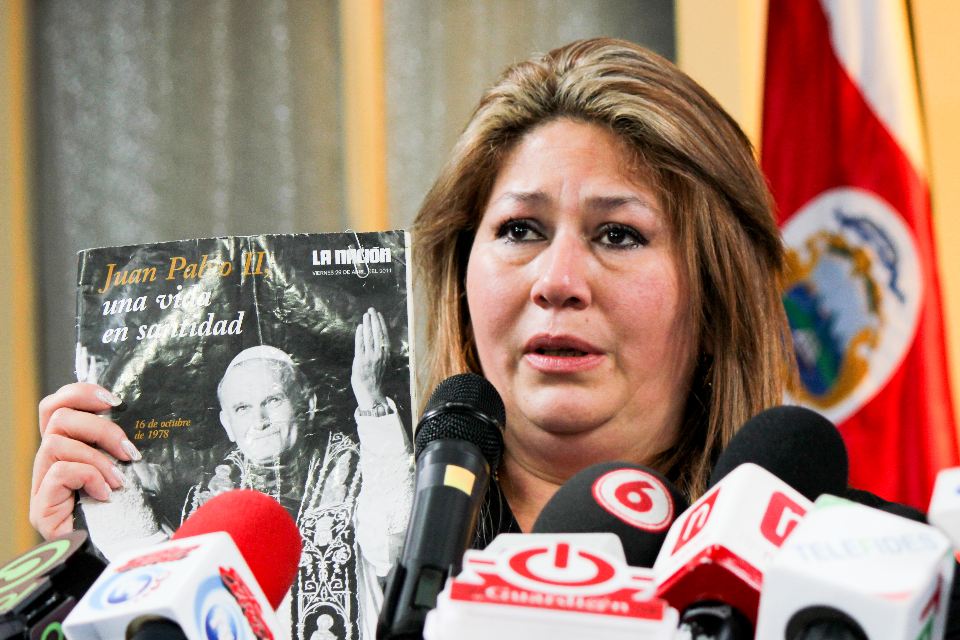 “I Will Ask Pope Francis To Come To Costa Rica”. That is the message that Floribeth Mora she has prepared for her meeting with Pope Francis on April 27, the day that John Paul II will be declared a saint in the Vatican.

In Madrid, Spain, the Costa Rican at the centre of the John Paul II canonization, spoke to reporters before taking her final leg of her flight to Rome, Italy.

From Tres Rios, Costa Rica, she is a special invited guest to the Vatican.

“I don’t have any other details of the appointments in the Vatican, they will tell me on my arrival”, said the woman surrounded by journalists at the headquarters of the Obras del Espíritu Santo, in Barrio Cristo Rey.

“Everything is to serve God”, Mora said, who will have a very tight schedule with a ten minute break between activities while in Rome.

Mora is the woman “cured” by Pope John Paul II. She says she ignores skeptics who doubt she was really healed. “Everyone can think what they want,” she recently told the Associated Press during a visit to her home in Costa Rica. “What I know is that I am healthy.”

Mora’s miraculous recovery has been certified by the Catholic Church as a miracle — and as such, Pope John Paul II will be earning sainthood on Apr. 27

It was in April 2011 when Mora was waiting to die from a seemingly inoperable brain aneurysm when she says her gaze fell upon a photograph of Pope John Paul II in a newspaper.

“Stand up,” Mora recalls the image of the pope saying to her. “Don’t be afraid.”

Doctors, after diagnosing her condition, sent her home to rest and take pain medication. According to her doctors, there wasn’t much they could do for her.

Word of her recovery and the intervention by John Paul II spread quickly to her local Catholic church after doctors declared her fully healed, to the surprise of her family and the world. From that church in Tres Rios, east of San José, word quickly made it to the Vatican in Rome.

Her faith is so strong now that she has put aside her studies in law and is serving as a full-time ambassador of the faith. Mora attends multiple masses each day. 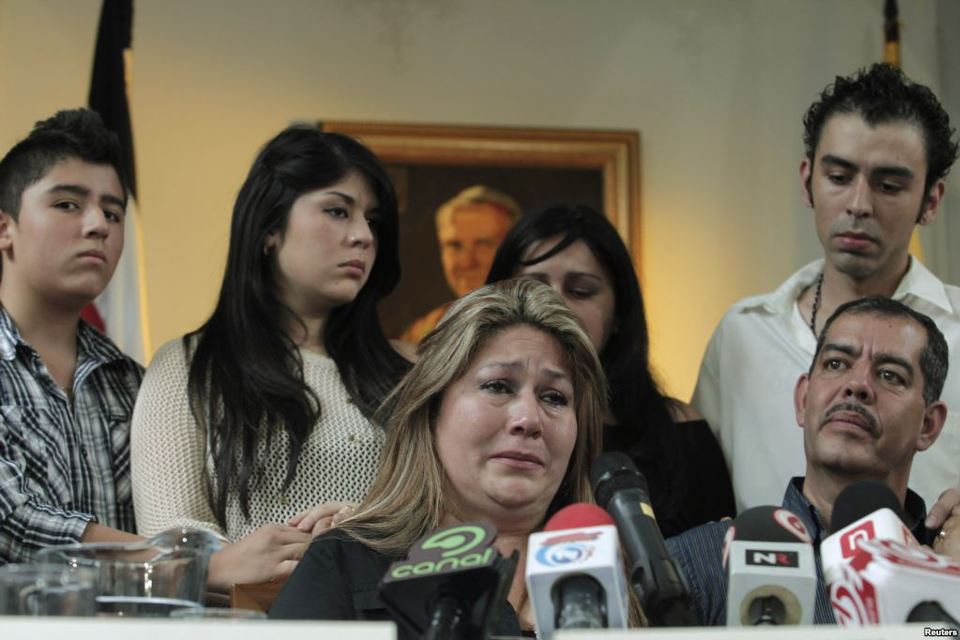 “It’s important for them to name him a saint, but for me he’s already a saint,” she told the Associated Press. “I never imagined I would become a part of all of this.”