VATICAN ENQUIRER — According to a report in MacTimes, the rigid metal device fits on each corner of the phone and makes an X shape on the back of the devise in what the company says provides “cross acting support.” 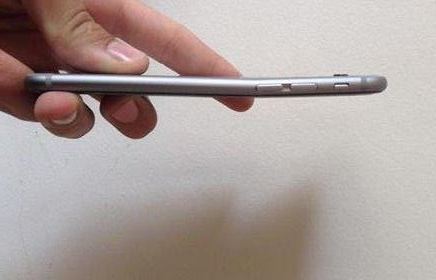 The iBend will come in four colors and increase rigidity by 90 percent. Designer Christopher Stringer told MacTimes, “Every phone design comes with potential flaws. To make the screen this large and with this nice metal, it was always a possibility. We could have used cheap plastic like our competitors but we didn’t. With every problem there is also a solution.”

The company said CEO Tim Cook thought of the idea for the iBend while in bed.

“I’m not known as an idea guy, more of a supply chain guru. But I had this dream and the iBend was born. They’ve started calling me ‘The Cook’ at work,” Cook said. “The design is simple and makes the world’s coolest smartphone even cooler. Steve Jobs himself would be proud.”

From China With Love

Apple is keeping the design close to the vest, only saying it will be inaugurating the iBend in time for the Christmas shopping season.

[/su_pullquote]With an 80 percent profit margin on each phone sold, users are wondering if the technology company could have supplied the support case for free.

Some are even beginning to wonder if Apple has put profit ahead of customer satisfaction. While users are accustomed to paying a premium for an Apple-designed product, reports that the case costs $5 to manufacture have led many to feel the company has gone too far.

“Maybe they should have just made the phone work properly from the beginning?” says one longtime customer in a momentary lapse of disloyalty. “Wait, I’m sorry Apple. I didn’t mean that. I love you! I can’t wait to get a neon pink iBend!”

However, in China, the news of bending phones is welcomed. The contract to manufacture the iBend through China’s Foxconn factory will employ an additional 12,500 Chinese workers.

Terry Gou, president of the infamous factory town, says he is excited for the new revenue stream the iBend will generate for his company. “I’m also hoping all the bright colors will keep my workers from killing themselves,” he says.

Back in America, other iPhone 6 Plus users have mixed reactions to Apple’s solution.

Ted Tenison told TechCrunch, “I’m a bit bummed about the $200 price point but since it’s Apple, I know the iBend will be a great product.
“I already can’t wait for the iPhone 7. It’s going to be so sick!”

Long time Apple user Cynthia Gower told CNET, “I love the color options. I’ll probably get two or three because I like to change colors depending on how I’m feeling.

“And I don’t even have the Plus model!”

Article first appeared on the VATICAN ENQUIRER, reposted with permission

QCOSTARICA - 50% of the tax revenue collected by the Ministry of Finance is used to pay the salaries of public employees, according to...
National

QCOSTARICA - Strong winds, generated by the influence of cold push number 12, prevented the firefighters from controlling a fire in vegetation registered in...
Coronavirus

Mutating coronavirus: reaching herd immunity just got harder, but there is still hope

A year after the first cases of COVID-19 were found in China, mass vaccination programmes are now offering a chance to end the pandemic....
Front Page

QCOSTARICA - This week millions will watch the transfer of powers in the United States with one question on their minds: What to do...
News

Q TRAVEL - U.S. President Joe Biden signed on Thursday an order mandating, aside from providing a negative Covid -19 test before boarding, all...
Health

QCOSTARICA - The contagion rate, also called the R rate, of covid-19 in Costa Rica has dropped significantly from last week, 25.8%, and to...
HQ

QCOSTARICA - The Ministry of Health and the Costa Rican Tourism Board (ICT) joined forces to provide facilities to people who want or need...
Venezuela

TODAY VENEZUELA – On the streets of Venezuela, dollar bills that have been punctured, erased, stained, scratched, discolored, or burned are bought for half...