COSTA RICA TECH NEWS – While not achieving the same level of success as the Kolbi (Instituto Costarricense de Instituto – ICE), Movistar fared relatively well, with the second highest scoring plan, while Claro scored the pooresT of the three. 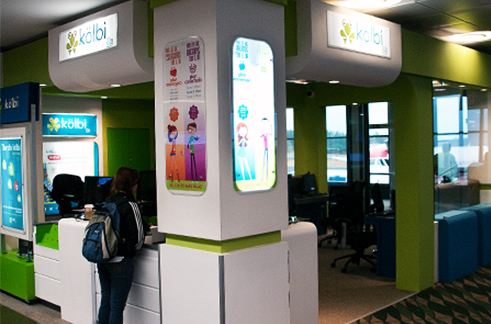 This according to Tarifica, a leading communications pricing research firm, has announced the September 2014 scores for postpaid mobile plans in Costa Rica.

Using an advanced algorithm used around the world to evaluate mobile plans based on value they offer consumers.

“In today’s mobile marketplace, consumers are flooded with hundreds of plan variations and constantly shifting promotions and deals – the majority of which come with different costs and services, and access networks of differing strengths. When making a decision that will likely impact them for up to two years, consumers can use Tarifica Scores to cut through the clutter and identify those plans in every market segment that offer the best value for the money,” stated Tarifica Program Manager, Will Watts.

In scoring the Costa Rican market, the plans were divided into two categories: “With Phone” and “Without Phone”

In Costa Rica, ICE offered the top overall plan in both.

According to Ken Dolsky, Tarfica program director, “the most interesting about the Costa Rica mobile market is that the factor driving in many cases is a plan’s data speed, rather than the volume included data.”

QCOSTARICA - The Daniel Ortega government sent its ambassador to Costa Rica, Duilio Hernández, as its representative to the summit of Central American presidents...
Front Page

QCOSTARICA - Do you need a certificate of the COVID-19 vaccines applied in Costa Rica?  People who require a certificate that certifies the receipt...
Disasters