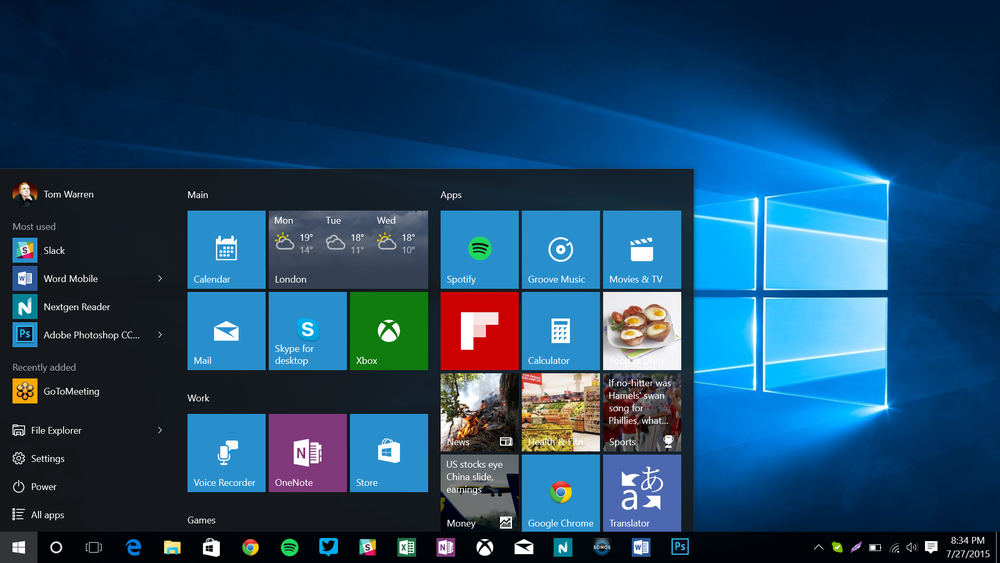 Unless you are living in some remote corner of Costa Rica, or Jacó, you will know that Windows 10 is here.

I downloaded my copy yesterday, and am loving it so far.

My experiences so far.

It isn’t too much different (visually) from 8, a few changes to get used to. One noted change, a very important one for me, it doesn’t use up a lot of memory and appears to be faster, even with my bloated machine.

Edge replaces Explorer. It is fast, displays well, scrolling is smooth and most important, you see everything the same as in all other browsers. If you’re a die-hard Explorer you won’t know the difference. But, if you are like me, using several browsers – most for cross checking site design and resolution across platforms – Edge is cool. It may even replace my favourite Firefox which over the years has become weighed down and slower with each update.

The worst for my Firefox and machine combination is FF’s refusal to unload memory when it is shut down, most of the time. I have to use a sweep to clear the memory.

Some new features I have yet to fully embrace, Cortana, for one, is the ability to annotate a web page  – like a highlighter on a sheet of paper. The start menu is now a real menu item and take you away from your workspace.

Now, you can read all the reviews, the specs, the techies talking about this, but, in the end, just install it and you will never look back.

Microsoft has made installing easy. A couple of clicks of the mouse, a few setting options and it will do the rest. I set my on update, went grocery shopping and when I came back I was a 10!

If you do want to read the reviews before moving to 10, one of the best is by TheVerge.

PS. just in case you think you missed 9, there isn’t one. This is Microsoft’s sense of humour.

- Advertisement -
Paying the bills
Previous articleThere’s “Once In A Blue Moon” Tonight
Next articlePalmares celebrates Its 127th!