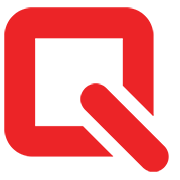 Therapeutic abortion: how accessible is it for women in Costa Rica?

Best Things To Do in Costa Rica

The sooner you make a retirement plan, the better...
Read more

QCOSTARICA - Costa Rica has decreased the state of...
Read more

After the slowdown in growth between 2017 and early 2019, the Costa Rica economy has recovered since mid-2019, as a result of a rebound in services, agriculture, and manufacturing, which produced an estimated 2.1% growth in 2019, reported the International Monetary Fund (IMF).

“Growth remains susceptible to adverse shocks to global growth, economic and socio-political stress in Nicaragua, the continued weakness in consumer and business confidence, and uncertainty regarding the implementation of the fiscal reform,” says the IMF.

At the end of the visit, Ms. Otker issued the following statement:

Macroeconomic conditions remain broadly stable, but growth continues to be subdued. Following consecutive falls in growth from 2017 to early 2019, the economy has turned around since mid-2019, owing to a rebound in services, agriculture, and manufacturing and resulting in an overall estimated growth of 2.1 percent in 2019. Reflecting the weaker economic activity, elevated unemployment around 12 percent, lower oil prices, and a stronger domestic currency (the colón), inflation fell below the 2-4 percent target range of the Central Bank, while inflation expectations remained anchored to the mid-point of the target range. The current account deficit narrowed, fully covered by FDI inflows, with reserve coverage at comfortable levels. Growth is projected to pick up modestly to 2.5 percent in 2020, supported by the accommodative monetary policy stance, an improvement in the terms of trade from continued low oil prices, and moderately higher public investment. However, growth remains susceptible to adverse shocks to global growth, economic and socio-political stress in Nicaragua, the continued weakness in consumer and business confidence, and uncertainty regarding the implementation of the fiscal reform.

“Successful implementation of the fiscal reform approved in end-2018 and the fiscal rule that came into effect with the 2020 budget remain key to preserving macroeconomic stability and boosting confidence. The successful issuance of a US$1.5 billion Eurobond in November 2019 helped reduce pressures on domestic interest rates even further. Implementation of tax measures enacted in the fiscal reform law started to bring higher revenues. However, the central government’s primary deficit still rose to 2.8 percent of GDP in 2019, and the overall deficit rose to 7 percent, its highest level in more than 3 decades, owing to a growing interest bill, higher capital spending, and payment of some transfers owed in 2018. The central government debt reached 58.5 percent of GDP, up from 53.2 percent in 2018, and doubled its level a decade ago. The large fiscal deficit is the main risk to macroeconomic stability, with debt projected to exceed 60 percent of GDP in 2020.

“The authorities announced an additional fiscal adjustment package earlier this month, aimed at reducing debt and supporting economic growth. The measures include efforts to improve tax administration, reduce tax evasion, review tax exemptions, replace expensive debt with cheaper financing, and reform the public sector—including through the consolidation of public institutions and the streamlining of public wage scales—as well as asset sales and using financial surpluses of decentralized public agencies toward reducing debt. The mission welcomes the authorities’ additional efforts toward fiscal consolidation, while considering that the expected yield of some of the measures may take time to materialize. Given this, timely implementation of the already enacted reforms, clarity on the workings and strict implementation of the fiscal rule across the board (with the exceptions recognized by the fiscal reform law), and front-loading measures as much as possible to yield more immediate results, will be key to reviving confidence and further lowering funding costs. This will also help put debt more quickly on a sustained downward path toward a level prudent for emerging economies and create buffers against future shocks. The efforts will need to strike a good balance between spending cuts and revenue mobilization, while protecting growth and the vulnerable.

“The mission welcomes the authorities’ efforts to implement monetary policy oriented towards supporting economic activity, increasing exchange rate flexibility, and enhancing transparency and communication to strengthen monetary policy transmission and maintain inflation expectations firmly anchored. The mission also welcomes the authorities’ efforts to reduce the impact of dollarization on financial stability through greater exchange rate flexibility, differentiation of the reserve requirement on domestic and foreign currency-denominated deposits, and the upcoming reversal of the reduction in provisions for FX loans to non-dollar earners.

“The efforts to implement a broad array of structural reforms, underpinned by the substantial progress made towards OECD accession, including the planned environmental and education reforms and passage of the laws on deposit insurance and consolidated supervision, should support competitiveness, potential growth, and financial stability. The mission, however, recommends caution regarding ongoing discussions on introducing lending rate limits, for their negative impacts on financial inclusion, financial intermediation, and monetary policy transmission. The mission suggests addressing the underlying causes of high interest rates, particularly those related to distortions on the operation of public and private banks. Tackling these distortions would also contribute to strengthening monetary policy transmission.

“The team would like to thank the authorities for their warm hospitality and all stakeholders for the candid and fruitful discussions. The team looks forward to returning in June 2020 to conduct the Article IV Consultation and provide a fuller assessment of the economic situation.”

Historical inflation and rise in interest rates would increase delinquency

QCOSTARICA - The increase in interest rates, as well as the...
Read more

Passing the blame: “Policia de Transito” for not closing Cambronero

QCOSTARICA - Luis Amador, the Minister of the Obras...
#Corruption

QCOSTARICA - The Criminal Court of Finance and Public...