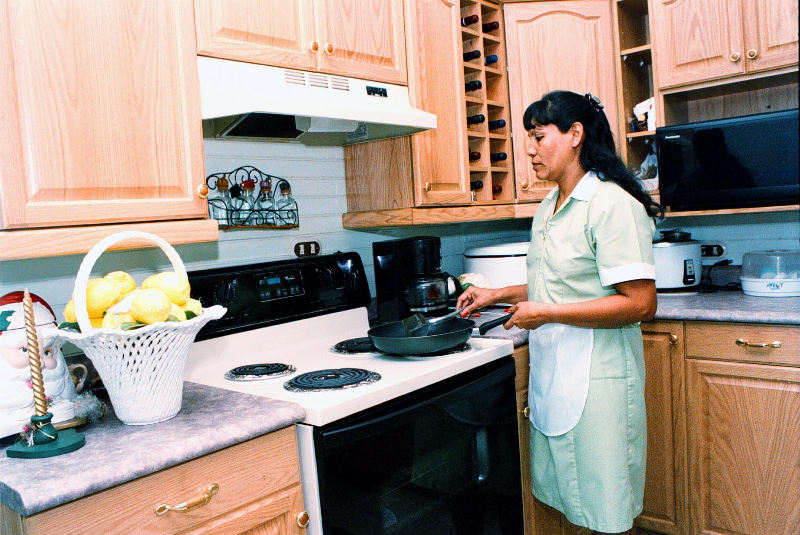 COSTA RICA NEWS – The Dirección General de Migración y Extranjería – Costa Rica’s immigration service – announced that of last Thursday (August 1, 2014), it will be applying penalties to employers of domestic and construction workers illegal in the country.

The penalty ranges from two to twelve base salaries (¢798.800 to ¢4.8 million colones), according to the degree of the violation, said Kathya Rodriguez, the director of immigration.

The control is established in the Ley General de Migración of March 1, 2010. Nevertheless, the collection of fines has not been applied, first by an amnesty and subsequent extensions in the last two years.

However, Rodriguez and vice-minister of Gobernación (Ministry of the Interior), Carmen Muñoz, explained that a further extension has been granted, but only for agricultural sector employers, who will have until January 2015 to enroll in the special register, which will give them one year to comply with all formalities of legalization of their employees.

The immigration director said that the special immigration police force will be responding to complaints and conduct spot checks of employers to detect irregularities of migrant workers.

In the case of domestic employees, they will be checked not only for their immigration status, but also for their conditions of employment, ie how they are being treated by the employe, if they are being paid the minimum wage, bonus and other benefits. The gravity of the employment situation will be used to determine the level of the fine against the employer.

Editor’s note: One English language news source informs that the immigration service is finally applying the US$100 monthly penalty for overstaying a visitor’s visa. The Q could not confirm that with the immigration service.  Nor could be find of any application of the law with any Spanish language news media, ie La Nacion. The 2010 immigration law does provide for a penalty of US$100 for tourists overstaying their visa (up to90 days for North Americans and Europeans and 30 days for most other countries). However, the application of the fine has not been applied.

If you have any “confirmed” source that can indicate if the fine is being applied, please write us or use the comments section below.

Today, Tuesday, June 8, only ODDS can circulate. The measure is countrywide and applied between 5:00 am and 9:00 pm, save for those under the...
Nicaragua