An immigration officials at the Juan Santamaría (San José) airport was detained on Thursday for placing an entry stamp to a false U.S. passport carried by a Dominican woman. 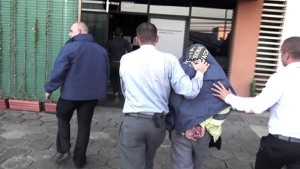 The official, identified by his last name, Sánchez Ramírez, who worked the arrivals booths at the international airport.

According to the police report, the woman claims that the Costa Rican stamp would give the passport validity when she tried to leave Costa Rica, concealing her true identity.

Investigators learned that the entry stamp was placed by the official on the passport on February 4, though the woman was never in the terminal on that date.

Today, Friday, June 18, vehicles with plates ending 9 & 0 CANNOT circulate The measure is countrywide and applied between 5:00 am and 9:00 pm,...
Travel

QCOSTARICA - Almost ¢140 billion colones (US$227 million dollars) is the amount the MECO construction company was able to snare for public works contracts...
Entertainment