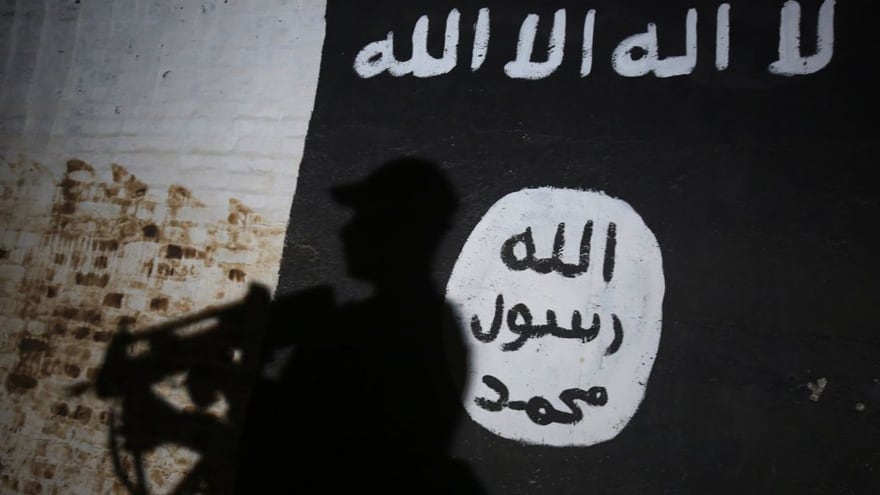 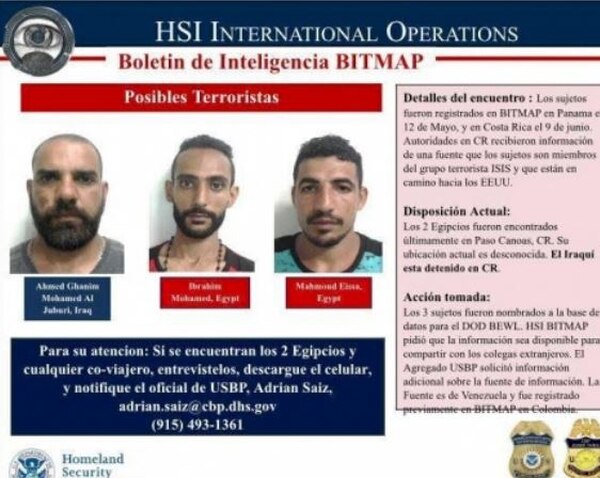 The four men were arrested in Nicaragua on Tuesday after entering illegally from Costa Rica at the La Guasimada, located on the southwestern border with Costa Rica, used to cross between the two countries bypassing immigration and police controls.

The Egyptians were identified by police as Mohamed Ibrahim, 33, and Mahmoud Samy Eissa, 26, while the Iraqis were Ahmed Ghanim Mohamed Al Jubury, 41 and Mustafa Ali Mohamed Yaoob, 29.

The DGME confirmed that they arrived in Costa Rica from Panama, en route to the United States, on June 9 and left the country on June 25 when they crossed into Nicaragua illegally, where they were detained by the Nicaraguan army, handed over to the Nicaragua National Police, who coordinated with Costa Rica authorities for their deportation to our country.

The Egyptians and Iraqis were returned to Costa Rican soil that same day, at 7:30 pm at the Peñas Blancas border post and are currently detained in the detention center for illegal foreigners located in Los Lagos de Heredia.

Immigration says that deportation procedures are being coordinated with the embassies and consulates of the countries of origin of citizens detained in a third country (Mexico or Guatemala). Neither Egypt nor Iraq have consular representation in Costa Rica.

Why weren’t they detected on entry into Costa Rica?

Immigration authorities say their corresponding inquiries with the biometric data of the International Police (Interpol) did not reveal any warning.

However, shortly after, a bulletin was issued detailing that these four could have links with the Islamic State.

Currently, immigration is waiting for a report to be issued by the Directorate of Intelligence and Security (DIS) in relation to these people, to learn more about any danger the four men pose.

This is not the first time that there has been a warning about the presence of people with possible links to terrorist groups. In March 2017, a Somali national was arrested on the border with Nicaragua following a warning from the US Immigration and Customs Enforcement Service (ICE), which indicated that it was a person allegedly linked to international terrorist organizations.

Previously, in November 2015, the five Syrian nationals who were using false Greek passports made their way through Costa Rican soil and then detained in Honduras.

A Fox News report highlights the growing dangers posed by the escalating immigration crisis,  plotting to send terrorists into America by exploiting the vulnerabilities of the U.S. border with Mexico, using English speakers and westerners to take advantage of smuggling routes and target financial institutions.

- Advertisement -
Paying the bills
Previous articleThe VAT is not the end of the world
Next articleTheir Own Governments Driving Central Americans to the U.S.

QCOSTARICA - Due to the high cost of fuels,...
Fuel Prices