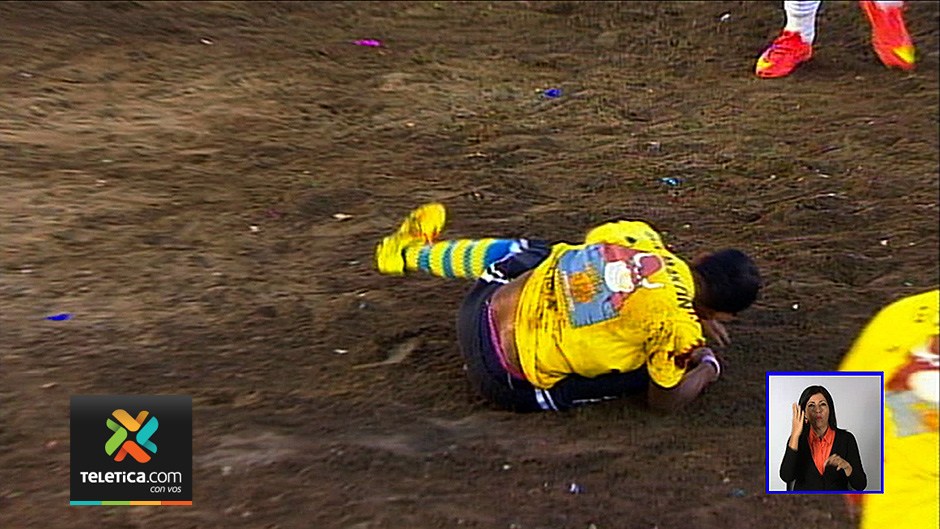 QCOSTARICA – What makes an “improvisado” as they called in Spanish, get into a ring to taunt a bull and then run from it? Could it be fame? Showing off their “machismo”? Whatever.

Typically the bull fighting events in Costa Rica, where the bull always wins, are pretty tame. But in some cases, like that Sunday night, the bull gets one or two in. Literally.

Today, Luis Salas Contreras,  better known in the bull ring as “San Martin” is still in hospital after undergoing surgery after being gored by the bull, suffering deep wound in one of his lungs.

“San Martin”, after being tossed around like a rag doll by Bayo, a bull weighing in at 450 kg (990 lbs), was immediately attended to by the Cruz Roja (Red Cross) and subsequently transferred to the Calderon Guardia hospital after paramedics discovered the severity of his wounds.  Watch the video.

This is the most serious injury suffered by the improvisados for the 2015 Zapote Fair, with the bull fighting the centre stage of the annual event.

This year, the Cruz Roja report attending 352 people during the fair, 200 of which sustained injuries inside the bull ring.