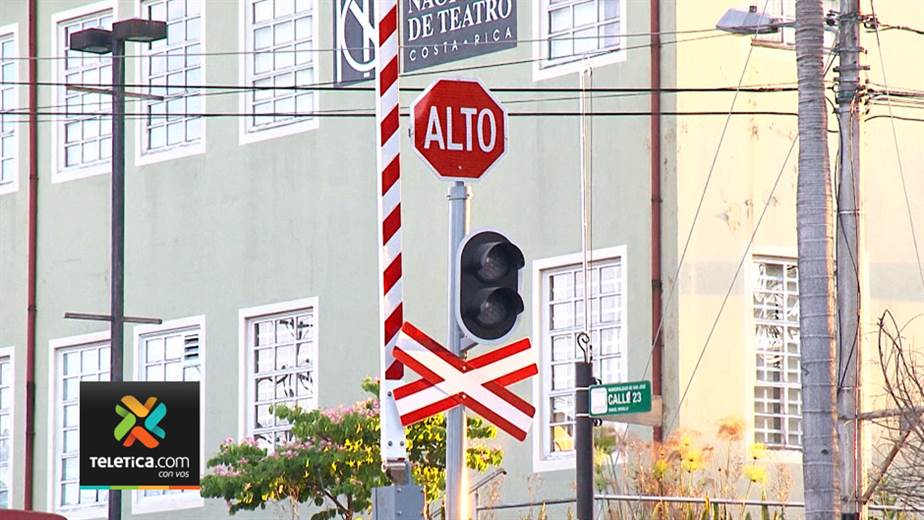 It’s been three months since the Ministerio de Obras Públicas y Transportes (MOPT) – transport ministry – began installing train level crossings in the Greater Metropolitan Area (GAM) of San Jose. And it’s been three months that drivers have had a new target to collide with.

In December, the MOPT installed level crossings on the first 23 intersections, part of their plan to install 91.

But due to problems like drivers running into the “Aguas”, the MOPT has only been able to install 74, of which, so far 47 have been damaged and another 9 completely destroyed, according to the MOPT.

“With the start of operations in December, we established a work plan to progressively put in service the devices at 91 intersections; However, the attention of the systems that we have activated up to now, some 74, demand a great amount of time and resources, delaying the progress of the entire project,” explained the head of the Department of Traffic Lights, Diego Rugama.

If that weren’t enough, the MOPT has run into other problems with the trail level crossings.

The MOPT reports, in addition to the aforementioned damages, it has to replace some 519 linear meters of cable, 22 control caps, 41 train detectors and 52 concrete protectors for train detectors, all due to theft.

“The most complicated thing is that the most significant damage has been made to devices that have no use in the black market, because they are highly specialized equipment that has no value than what they are used for in these systems … they are very valuable parts for the system but useless for other things,” added Rugama.

About the only thing the MOPT and the Incofer – the railway – can do is to call on all citizens to report to the 911 emergency line any suspicious situations or vandalism.

The hope, according to Rugama, is that with more reports it will, in turn, decrease the number of incidents.

- Advertisement -
Paying the bills
Previous articlePassengers risk their lives every day when they travel the train
Next articleCosta Rica Takes Delivery Of Donated Helicopters By U.S.