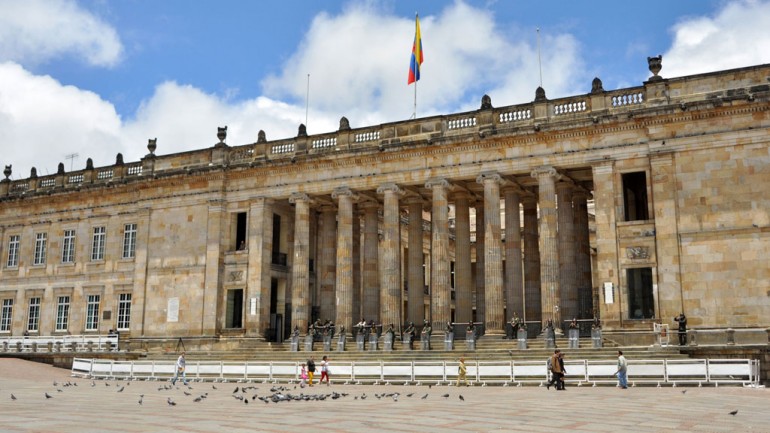 (TODAY COLOMBIA) Colombia’s Congress is by far the country’s most corrupt government body, according to Transparency for Colombia.

The 2015 National Transparency Index evaluated 85 national institutions across three factors aimed at combating corruption; visibility, institutional practices and accountability scoring from 0 to 100, where 0 signifies the highest risk of corruption.

The House of Representatives was ranked as the most corrupt institution with an overall score of 24.3, also achieved alarmingly poor levels of accountability and institutionality of just 2.8.

This was closely followed by the Senate also performing poorly in accountability and overall achieving a 45.4. Ancient methodologies that enable officials to violate laws was stated as the main issue for corruption in legislative institutions.

An overall score of 67.4 of 100 classified Colombia’s public institutions as medium risk. Judicial and legislative entities showed alarmingly high risk levels with 59.1 and 34.9 respectively. In comparison the executive branch achieved moderate levels with a scoring of 68.1.

Highlights of the report showed there was a lack of transparency from these institutions, where public visibility would encourage social control over guidelines. Colombia’s Family Welfare Institute in particular performed particularly badly in this area.

It was noted that the government have not succeeded in strengthening anti-corruption procedures after two decades of measures designed to transform these institutions.

Existing issues include recruitment and talent management where it is reported that indirect contracting generates increased corruption risk. In the 2013-2014 period analyzed of 810 senior position hires only 45.3% were based on merit and furthermore was claimed that officials did not have sufficient training in job responsibilities.

A huge disparity between corruption on regional levels was also exposed in the report. While the Antioquia province achieved a score of 82.4, that of Choco achieved just 31.

Five governments in the regions of the Amazon and Pacific regions fell below 40 points and were classified as ‘very low’ with respect to anti-corruption. The Amazon province achieved a score of 22.0 ranking the lowest regionally.

The sectors posing the greatest challenge were agriculture, justice and housing with an average score of 61.4. These results contrast against moderate levels of 81.8 across trade, industry and tourism.

The Director of Transparency for Colombia, Elisabeth Ungar said that the report is an exercise of social control, identifying weak areas in institution that allow for corruption. She claimed

“The State is obliged to anticipate the action of the corrupt. And in Colombia we are clear that corruption affects the quality of life of the people and the legitimacy of the state,” said Ungar.

In particular a lack of anti-corruption and ethical politics has meant that public awareness is further inhibited with the report highlighting a need for this on both a national and regional levels.