OIJ indicated "that the information is being verified" and declined to provide further information.

QCOSTARICA – The Instituto Nacional de las Mujeres (Inamu) – National Institute of Women – called on the judicial authorities to investigate and intervene a group on the messaging app Telegram, with more than 3,000 participants, in which, apparently, share intimate photos of women without their consent. 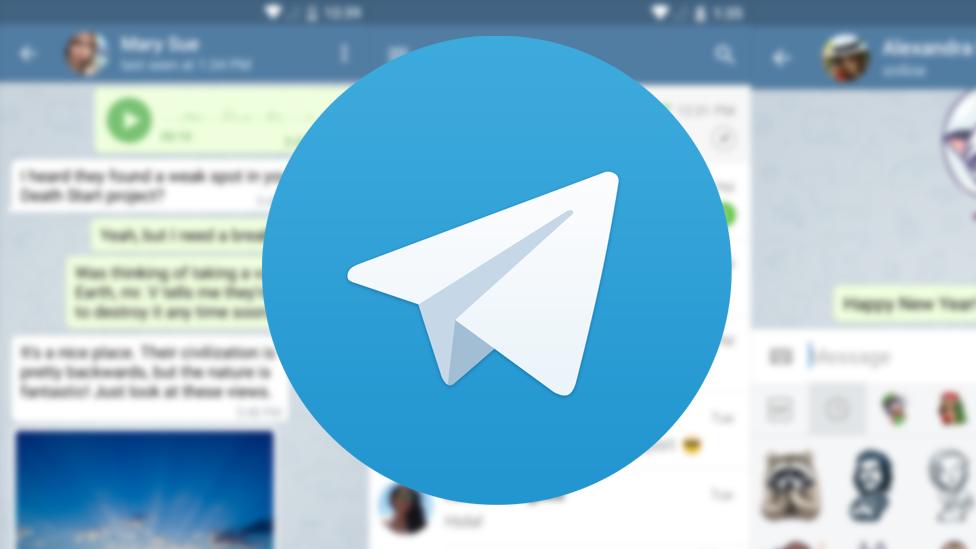 According to the Inamu, the situation constitutes a crime, sanctioned in the Penal Code, which stipulates a penalty of between one and four years in prison for the violation of correspondence or communications, as well as violation of personal data.

Amanda Segura Salazar, Inamu lawyer, said Friday afternoon that this situation is one more form of sexual violence, so they will send an incident report to the Organismo de Investigación Judicial (OIJ), the Prosecutor’s Office and the Data Protection Agency of the Inhabitants (Prodhab), asking for an intervention.

“We repudiate the existence of these groups that violate the dignity of women and objectify us, treat us as objects regardless of our consent. In addition, we call to report this type of conduct at OIJ, whether the victim is of legal age or a minor, taking into account that these situations are penalized,” Segura said.

She insisted that the investigative agencies take the corresponding measures as soon as possible, in order to “safeguard the necessary evidence to prove this type of crime.”

The OIJ press office indicated “that the information is being verified, so further details cannot be provided at the moment.”

The entity specified that “in general terms” and without referring to this particular case, “when there are alleged criminal acts, but the person or suspects are not identified, the case remains under investigation in the Judicial Police, until for a police report to be filed.”

Prodhab has not provided a statement on the case. 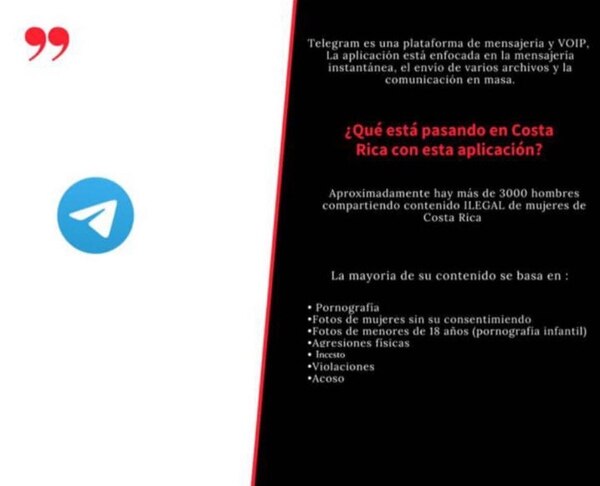 This case came to public light after various complaints made on social networks, especially Twitter, by different people, who reported that in the Nudes CR group, private photos and videos of women and minors were shared without their consent.

Some individuals, mostly women, even shared photos of the alleged members of the group, who have varying ages and professions of all kinds.

In fact, there were people who affirmed that one of them was an officer with Fuerza Publica (National Police); however, the Ministry of Public Security (MSP) assured that “there is no complaint of police in this group.”

Meanwhile, a tattoo artist, whose photo was disseminated on networks for being one of the alleged participants of the group, made a recording on Instagram that he titled ‘Clarification’.

He acknowledged having joined the group “to see what there was.” He said that his girlfriend was with him and, upon detecting the content being shared, he left the group.

“I never said anything, I didn’t comment, the same day I left (the group). Now it turns out that the attack is that I am a consumer of child pornography, that I support child pornography when people who know me know that I am totally against that.

“Today (Friday) in the morning I took action on the matter, I decided to go to the OIJ and file a complaint against the group because I was very surprised that they called me an accomplice for not reporting and for doing nothing,” said the man, who stressed that does not share any type of violence against women.

QCOSTARICA - Given the increase in new daily cases...
Education