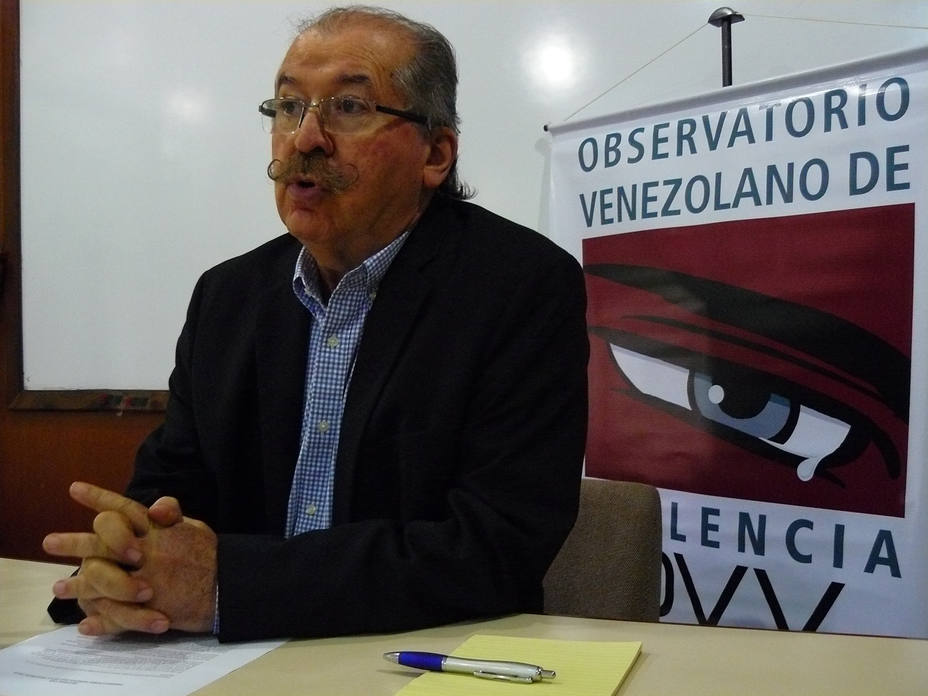 “Efficiency of a public policy is apparent in its results. Having in mind that murders, theft, kidnappings and violence in prisons have skyrocketed, we could state that the 22 plans implemented have failed,” he added.

According to a research based on official data, Briceño León estimated 118 detentions in every 100 killings in 1998 in Venezuela, and from 2006 onwards, there have been as few as eight or nine arrests. In other words, no detentions in almost 91% of murders.

Similarly, the OVV head made reference to the ongoing situation in prisons nationwide, adding that although violence in jails has always existed, it is different from that 20 years ago. Back then, he recalled, murders were caused by spikes or any other tool made by the very inmates.

Nowadays, “the organization level inside prisons is powerful indeed,” Briceño León said, arguing that the purchase of grenades, rifles, and machine guns has given violence a new look. Add to this, the exploitation of other inmates through in-place “gang leadership.”

He noted that jails, which should be “allegedly” built to prevent crime, are places where crime is exported.

To his mind, there is a trend to claim that violence is inherent in existing poverty rate. Still, he stated that the rate of murders in Venezuela “between 2002 and 2003, towards 2010,” raised when the country was in better economic conditions.

“Venezuela is among the nations with the highest murder rate worldwide; interestingly, it was not always that way,” he pointed out.

Briceño León further warned that there is a conceptual problem regarding the implementation of prevention-driven public policies. In his view, a review of the first page of government-led Mission “A toda vida Venezuela” plan will find no use of the police in anti-crime efforts.

According to Briceño León, current security policies encourage impunity. Thus, he advised that prevention programs should contain additional measures of social control and punishment of crime.

In reference to the implementation of the People’s Liberation Operations (OLP), Briceño León said that this measure has proven to be barely effective, thus leading to “deep rejection” of police agents. Add to this, increased killings.

The expert explained that criminals become more violent when they think they will not be tried, jailed, but that they will end up dead.

Political polarization is another issue that impacts crime treatment, Briceño claimed. Current laws “are not the same for everyone.” He said to have learned from some police agents whose chiefs instruct them to free an individual they have arrested for belonging to a political group.

QCOSTARICA - A claim made by a family against...
Central America