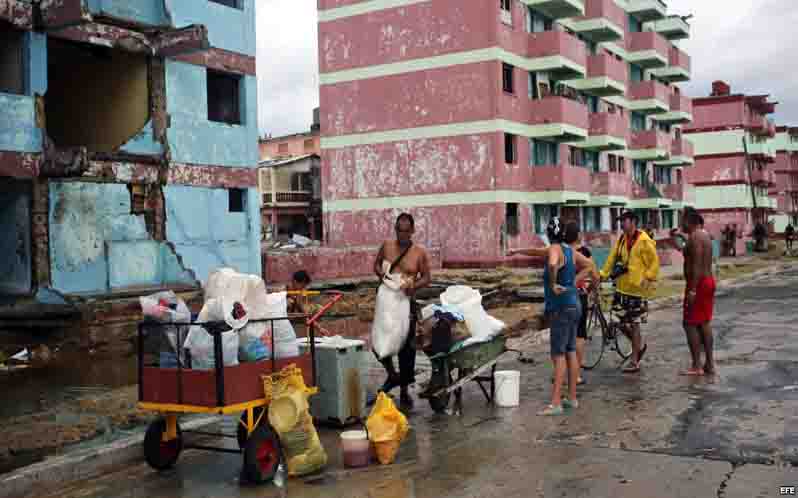 (Prensa Latina) The Cuban province of Guantanamo, especially the municipality of Baracoa, is recovering gradually from the damage caused in recent days by hurricane Mathew, according to reports today in the capital.

The newspaper Venceremos reported that after several days of hard work in Baracoa, one of the most affected areas by Mathew, life is beginning to go back to normalcy with the reestablishment of public transportation to and from the area and the continuation of the school year, starting on October 17th.

On the 17th classes will resume in 30 schools, including 21 elementary schools, four secondary schools, one high school, one special-education school and three day-care centers.

The newspaper added that thanks to the effort of 33 teams, composed of 154 men from nine provinces in the country, progress has been made with the cleaning up and sanitation of the city of Baracoa, as well as restoration of the electric and communication lines.

In the municipality of San Antonio del Sur, the recovery goes at good pace, thanks to the support of workers from other provinces the hard work of the population.

According to Municipal Defense Council President Israel Rodriguez, little by little, the damage caused by the hurricane is being left in the past.

Rodriguez asserted that businesses and agriculture have resumed operations, while the Cuban Telecommunication Company (ETECSA) has recovered the optical fiber and 90 percent of mobile telephone communications, and is also making progress in full restoration of the fixed-telephone service.

The provincial electricity company confirmed that of around 78,600 clients affected by Mathew, more than half have seen their service restored, especially in the municipalities of Yateras, San Antonio del Sur and Imias.