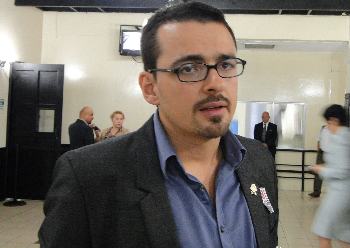 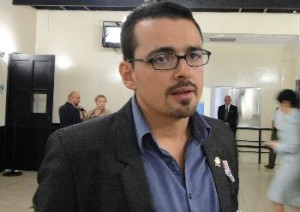 (Prensa Latina) If we want a real change in Costa Rica, a swing to the left is inevitable, said legislator and presidential candidate for the Frente Amplio (FA), Jose Maria Villalta. This change must feed on the best leftwing traditions of Costa Rica and, at the same time, belong to social movements in order to become part of those new struggles, he said.

The fact is that our people is tired of rightwing governments that keep on favoring only the rich, affirmed Villalta.

We have to take the streets and fight for those who have their rights violated, as that is the way to boost a more participative democracy, so people does not limit themselves to vote for the same people every four years, he commented.

Ours would be a government with no fear to express itself, and we would not rely on repressing people, nor would we fear to speak with the people and for that, he stressed, we need popular support.

In a country where abstentionism exceeds 30 percent for more than a decade, to attract those who abstain is one of our greatest challenges, assured the candidate.

Six months before the next general elections, the deputy has faced criticism from the government for supposedly “mobilizing people to take advantage of elections” in social spaces, said Communications Minister, Carlos Roverssi.