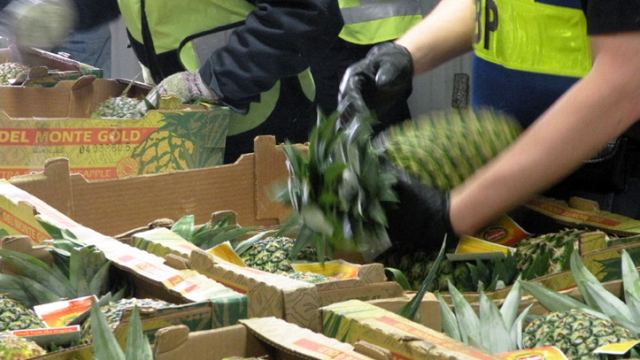 QCOSTARICA – Stow away insects in shipments of fruit from Costa Rica were stopped up by U.S. Customs and Border Protection (CBP) inspectors at the Port of Philadelphia.

A local CBS report says that CBP inspectors stopped five destructive insects, of the intruders, a clover leaf weevil, in a shipment of pineapples arriving from Costa Rica in mid-September.

CBP’s Steve Sapp says, however, the most significant was found last March in a container of Costa Rican melons.

“It was determined to be a “first in nation” interception. And that was a species of long-horned beetle, and long horn beetles are very destructive for trees.”

He says the four others were determined to be the first ever seen at the Port of Philadelphia.

“They can cause severe damage to crop plants, to the lumber industry, so what you’re talking about now is the price to eradicate, to recover, to re-establish whatever crops they are destroying.”

Today, Monday, June 14, vehicles with plates ending 1 & 2 CANNOT circulate The measure is countrywide and applied between 5:00 am and 9:00 pm,...
Reports