The Interamericana Norte (Ruta 1) between San Ramón and  Esparza is CLOSED until Thursday due to a collapse of the road at kilometre 77, in the area known as Cambronero.

According to the Ministerio de Obras Públicas y Transportes (MOPT) and the Laboratorio Nacional de Materiales y Modelos Estructurales (Lanamme), the collapse could have been caused by a geological fault, but more likely caused by nearby work being to replace a deteriorate sewer main, work that began earlier this month.

Cristian Vargas, executive director of the Consejo Nacional de Vialidad (Conavi), explained that crews have been working with excavators to build a retaining wall, in the same location of the collapse.

With the closure of the Interamericana traffic is being rerouted onto the Ruta 27 (San José – Caldera), which is causing congestion and additional travel time.

“Paso Regulado” (controlled traffic) will resume through the area on Thursday, says the Conavi, which will be working around the clock to complete reopen the road ahead of the Semana Santa (April 13 to 20) holiday traffic. 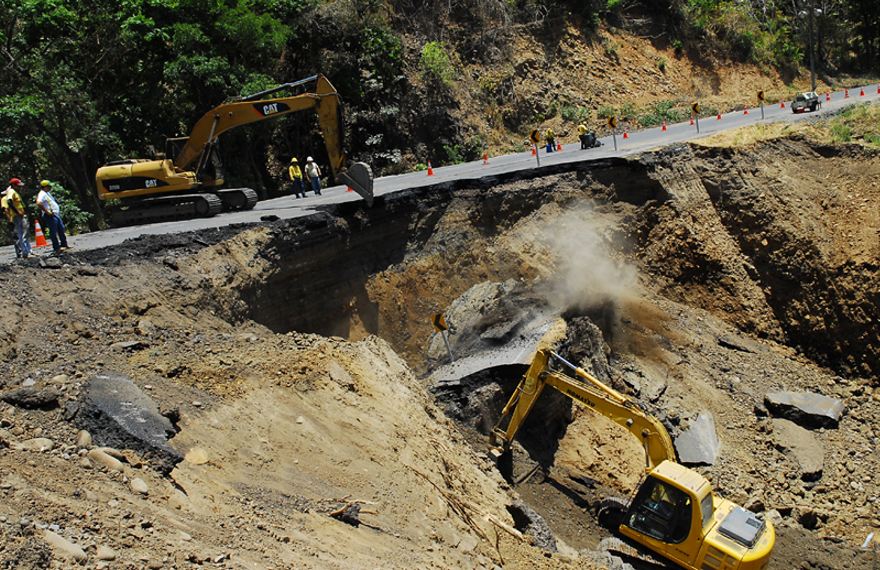 - Advertisement -
Paying the bills
Previous articleCasa Presidencial Lays Off 216 “Trusted” Employees
Next articleTuberculosis, a Major Cause of Death in L.Am and Caribbean