Tuberculosis, a Major Cause of Death in L.Am and Caribbean 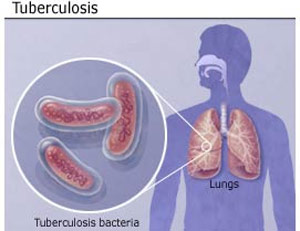 (Prensa Latina) Tuberculosis is still a major cause of death in Latin America and the Caribbean, according to a report from the Pan-American Health Organization (PAHO).

In 2012, the region reported nearly 220,000 cases and some 19,000 deaths due to tuberculosis. In addition, some 60,000 people were not diagnosed or reported on time, while the spreading of multi-resistant tuberculosis is one of the major challenges being faced by health authorities, as well as patents infected with both tuberculosis and HIV/AIDS.

This situation not only jeopardizes the lives of those who suffer the disease, but also perpetuates its transmission and creates socio-economic problems for patients and their communities, says the document.

Tuberculosis is a transmissible disease whose prevalence increases in vulnerable populations in the big cities and marginal neighborhoods, where people live crammed and drinking water and sanitation are poor, and there is little or no access to healthcare services.

The disease is curable, but can be lethal if not treated properly.