International Airlines Have Flown Away From Venezuela 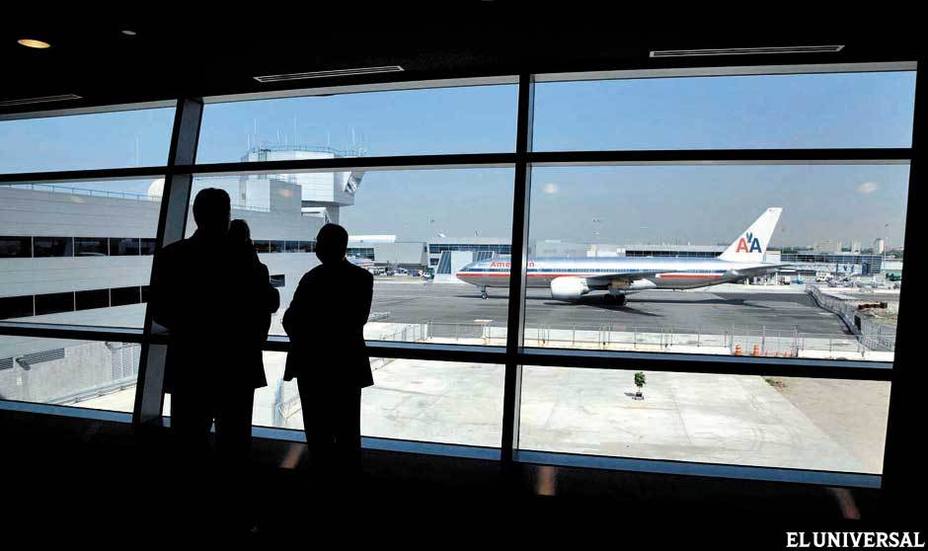 (TODAY VENEZUELA) Availability of flights from and to Venezuela is becoming increasingly restricted. Reduced seat availability, a severe shortage of flights, and tickets sold in foreign currency are challenging issues when it comes to flying abroad.

When it comes to make connecting flights, if you want to go, say, to Frankfurt, you must first fly to Bogota, via Colombia-based international airline Avianca, or to Panama via Copa Airlines, and then make the connection to your destination.

The outlook looks rather challenging for those who take indirect routes connecting with domestic airlines, because these “do not allow for connections with other carriers to other destinations” for lack of international agreements. In that case, passengers must buy two tickets: one for the route provided by the airline and the second, in foreign currency, for their final destination, as expert José Garelli notes in an article he published in the Miaerolinea web site, dated July 22.

In an interview with El Universal, Salvatorelli noted that there has been a 40% drop of international flights in the country since 2014. In his view, the most popular destinations are Miami, Panama and Bogota, while Madrid is the most popular European destination as it is served by direct flights from Venezuela.

According to Salvatorelli, of all international airlines, only US-based air carrier Dynamic Airways offers the opportunity to purchase tickets in bolivars for direct flights to Fort Lauderdale (Florida) and New York. He adds that travel agencies assess what options can be viable for customers.

National carrier Santa Barbara offers flights to Miami and Panama through its website. Salvatorelli argues that increased demand for those destinations can be explained by the large Venezuelan communities living in those cities.

According to Salvatorelli the criteria airlines use in setting prices “are utterly personal. They are based upon taxes and fees charged by their country, and capital repatriation.”

International carriers and the government

Since 2014 seven foreign carriers have crossed the country off their schedules, while the remaining 15 have scaled back or suspended their Venezuelan operations. A total of 15 direct international destinations on three continents have been slashed  – Frankfurt, Tenerife, Rome, Funchal, Porto in Europe; Toronto, Dallas, Mexico City, Sao Paulo, San Juan, St. Vincent and the Grenadines in the Americas; Damascus and Tehran in Asia.

Spanish airline Iberia, which has alliances and code-sharing agreements with different carriers worldwide, recently stated it would not rule out the possibility to suspend flights to Venezuela should the provision of such service “become pointless.”

“Today we have two daily Bogota-Caracas-Bogota flights and one daily Lima-Caracas-Lima flight. I must say that it is not easy to operate in Venezuela, but we are doing it because there are passengers and because we sell tickets in dollars,” said Avianca’s President Hernán Rincón in an interview with the Colombian weekly magazine Semana on July 2.

The conflict with the airlines dates back to 2012. “The possibility by international operators of retrieving their income has become gradually difficult for the past four years,” Salvatorelli said.

Salvatorelli added that the level of debt owed to foreign carriers has not increased because they are currently allowed to sell their tickets in dollars, but those airlines that leave will not return “out of lack of trust” in the economy and politics of the country.

“The national government should be making efforts to build bridges with international airlines to keep them in the country, ensuring them that the conditions they need to operate will be respected, and developing significant relationships with them. But we see that this is not happening,” Salvatorelli said.

Anabella Abadi said in an article in the Prodavinci web site, dated July 8, 2014, that as early as 2013 some airlines were considering to fly away on account of the accumulated debt of approximately USD 2.5 billion owed them by the former Commission for the Administration of Foreign Exchange (Cadivi), currently the National Center for Foreign Commerce (Cencoex).

In June 2014, the then Minister of Water and Air Transport Hebert García Plaza announced on Twitter that the national government had paid the 2012-2013 payments owed to six international airlines – Tame Ecuador, Avianca, Tiara Air, Aeromexico, Insel Air and Aruba Airlines.

The announcement came after the government signed an agreement with some international carriers on May 29, 2014 to convert turnover generated by their services in the country into forex.

So far, airline funds blocked from repatriation in Venezuela total USD 3.8 billion. This accounts for almost 80% among the top five countries blocking repatriation of airline funds according to the International Air Transport Association (IATA), which defends the decision made by airlines to leave the country.

International carriers that have flown away

Air Canada suspended all flights to Venezuela on March 19, 2014 “due to on-going civil unrest in Venezuela,” referring to the anti-government protests that began in February 2014. After two years, the carrier has not stated whether it would resume operations to and from Venezuela. “The last flight departed Toronto on Saturday March 15 and Caracas on Sunday March 16, 2014,” said the company in a communiqué.

Aruba’s Tiara Air complained in May 2014 that its inability to access over USD 20 million in funds locked up in Venezuela was seriously affecting its ability to maintain operations. It suspended flights shortly after. However, following a fourteen month-long hiatus the Aruban carrier resumed scheduled passenger flights on Monday, April 11 with flights to Curacao. This is the only international airline that has resumed its operations.

Alitalia suspended services in 2015. “We have closed down all our connections to Caracas until the Venezuelan government pays us the USD 250 million it owes us,” said Chief Executive Officer of Alitalia, Silvano Cassano. Back in May 2014, the airline also decided to slash its Caracas-Rome connection on precisely the same grounds.

President Maduro said in May 2014 that he would undertake a strategy to connect the country with the rest of the world. “Let’s start with Latin America and the Caribbean and then with the United States and Europe,” he said.

Brazilian carrier Gol Linhas Aereas Inteligentes was next to announce its farewell to the country in February this year after having reduced the frequency of flights from 28 to 2 flights per week since 2014.         The company told the Folha de Sao Paulo newspaper that because of unsuccessful negotiations to repatriate R$ 351 million (USD 89.7 million) blocked in Venezuela, it had decided to discontinue the Sao Paulo-Caracas route operating since 2007.”

Aeromexico announced last June it had halted flights to Venezuela. The Mexican carrier said in a statement that “after almost five years of having started operations between Mexico City and Caracas, it has decided to suspend its flights indefinitely due to the complex economic environment that rules in the country.”

Latam, Latin America’s largest airline group has cut all its services to Venezuela “due to the inability to repatriate capital. “Flights on its Sao Paulo to Caracas route ended first, and the other routes it ran to Caracas from Lima and Santiago were halted by the end of July.

Salvatorelli said that in the wake of Latam’s decision “another window closes and it is our concern that our isolation from the global air traffic network is deepening.”

When asked about the chances of a coming back of those airlines that have left, Salvatorelli said that “if the conditions are right, if the government starts to build bridges as airlines expect, of course they will, because Venezuela remains a major destination for all international airlines from the economic and tourism points of view.

Salvatorelli emphasized the need to analyze why this conflict with the airlines arose with a view to finding ways of resolving the issues. One of the options would be to allow for a “free or preferential dollar” so they can assess their cost structure.

“The cause for an increase in ticket prices in dollars for Venezuelans lies with all those restrictions on international airlines placed by the government. That’s why we see such high ticket prices,” Salvatorelli said.

Regarding travel agencies operating in the country, Salvatorelli said that none has closed to date, but they have reduced earnings, especially because of tax payments accounting to 25% of their income.

“We have a minimum staff to operate. Nearly 15% to 20% of the workforce has been laid off. We charge a 6% commission on domestic flights, that is what keeps us in business,” Salvatorelli said.
For more what is happening in Venezuela, visit TODAY VENEZUELA.

QCOSTARICA  - Twenty eight Costa Rican's are lining up who want the position that Carlos Alvarado when he leaves office on May 8, 2022,...
Health

QCOSTARICA - Five of the 82 cantons of Costa Rica register fewer than 10 active cases of covid-19 to this date, according to the...
Front Page

QCOSTARICA - A total of 24 travelers, so far, face problems with the law when discovered trying to leave Costa Rica, through the San...
Employment

QCOSTARICA - The latest unemployment figures show that women have been affected the most during the pandemic: more than a quarter of the female...
National

QCOSTARICA - Due to an improvement in the epidemiological situation of the health emergency, starting March 1, the only daytime vehicular restrictions for the...
Health

TODAY VENEZUELA – The Central Bank of Venezuela (BCV) announced Friday the introduction of three new banknotes: 200,000, 500,000 and one million bolivars. But with...
Rico's Digest

RICO's DIGET - As we begin the month of March, I can't help but think back on what we have been through over the...