COSTA RICA NEWS – Pulling no punches, the Contraloría General de la República(Comptroller General’s office) has warned that Instituto Nacional de Vivienda y Urbanismo (INVU)-  the housing agency, is in danger of “choking itself to death” because of uncontrolled financing. 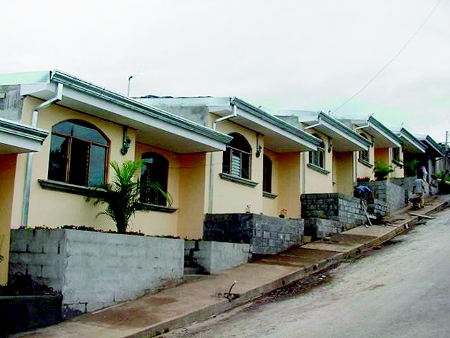 The Housing Institute fell into disrepute late in the Chinchilla Administration due to a series of scandals. The Comptroller’s latest charges seem to be more of mismanagement than scandal. The earlier charges showed corruption among the board and employees.

Comptroller Marta Acosta says that the root of the problem is uncontrolled transfer of funds in the agency. An audit turned up a complete chaos that threatens INVU, including severe accounting errors, bad credit collection, puzzling bank accounts, and little supervision of outside lawyers presenting legal collections.

Acosta charged that if the agency does not generate new resources until 2018 as it appears now, it will begin bleeding red ink. The agency has outstanding uncollected debts of nearly 10.5 billion colones. Meanwhile, outstanding current debts near the eight billion colones mark.

The audit turned up that past unpaid debts reach back an incredible 27 years and, naturally, chances of them being paid are “almost nothing.” Even then, many of the accounting records lack documentation. “INVU is backed into a blind alley,” wrote Acosta.

The Comptroller added, “If it does not make some structural decisions at this moment, it will make no sense to spend public funds on it under these conditions.” The Comptroller ordered INVU to create an information system to clean up its accounting although that will cost $1.5 million.

The new system has to be up and running by Dec. 19. INVU records show the value of property as 4 billion colones, although Acosta calls that “not feasible.” INVU has contracted such outside help in the past at a cost of millions of colones without seemingly any ordering of an unmade bed of an accounting section.

Indeed, INVU contracted the Manpower company but failed to follow through implementing its recommendations in 2009. In August, the current administration ordered a 60 million colon study. All these studies appear to be money poured down a drain.