Is Apple Terrified of Samsung? 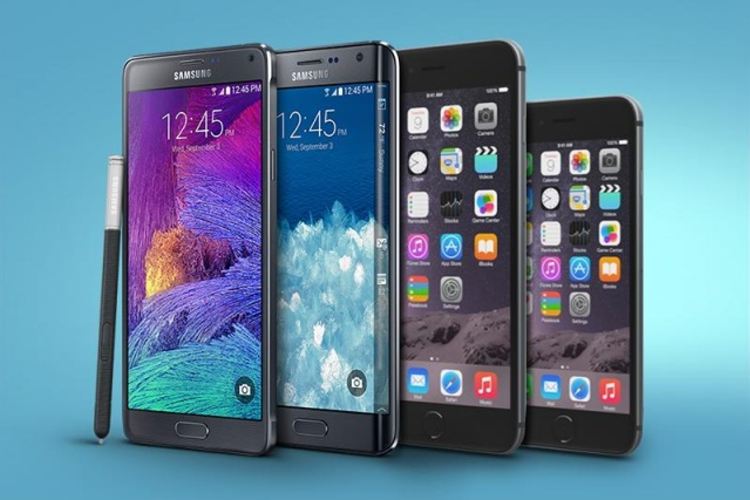 AFTER BIZ LIFE (Digital Trends) — Everyone seems genuinely excited about the larger iPhone 6 since Apple’s announcement. But I have to ask, why exactly is there an iPhone 6 Plus, again? For years, Apple has sworn off phablets. Its CEOs and executives have publicly insulted them and it made claims that human hands aren’t built for them. But now, without explanation, Apple is now an unapologetic phablet manufacturer.

It isn’t bad that Apple’s making phablets, but it is a sign that it’s willing to sacrifice its values to make money. Phablets are simply not comfortable to hold for most people. The Apple of a couple years ago wouldn’t be caught dead making one.

Some criticized Apple when it joined the compact tablet movement with the iPad Mini after Steve Jobs famously insulted it, but at least it forged its own path there. The iPad Mini was larger than most compact tablets, and far more comfortable to use. Since it came out, the entire market has followed suit and 8 inches has become a standard size.

With iPhone 6 Plus, Apple appears to have created a product it knows is not comfortable to hold or use solely because of market competition. It has blatantly copied the form factor that Samsung made popular with the Galaxy Note. All that’s missing is a S Pen.

The thing is, Apple isn’t normally a company that hops on a bandwagon just to appease prospective customers. Historically, it has said no far more than it has said yes. Have you seen an Apple Kindle competitor? No. What about a touchscreen MacBook? Not yet, nope. On that front, CEO Tim Cook even criticized Windows 8 machines, saying Windows 8 laptops were like merging a refrigerator and a toaster.

“Anything can be forced to converge,” Cook said in a 2012 interview. “But the problem is that the products are about tradeoffs, you begin to make tradeoffs to the point that what you have left at the end of the day doesn’t please anyone. You can converge a toaster and a refrigerator, but you know those things are probably not going to be pleasing to the user.”

The refrigerator and toaster in this instance were laptops and tablets, but now Apple itself seems keen to try and merge its toaster with an ice pack. Worse, it plans to punish those who want an iPhone that’s holdable. The smaller (but still large) 4.7-inch iPhone 6 will have far worse battery life (14 hours vs. 24 hours of talk time), a less capable camera that lacks optical image stabilization, a lower pixel resolution, possibly less RAM, and its default 16GB model (an unacceptably low amount of memory for 2014) will cost $100 less than the iPhone 6 Plus.

By encouraging users to forgo comfort for features, Apple is fragmenting its iPhone ecosystem and putting money ahead of usability.

In our iPhone 6 Plus hands on, Digital Trends editor-in-chief Jeremy Kaplan says this about the 6 Plus: “The iPhone 6 Plus at 5.5 inches felt almost too big. Phablets offer a trade-off of size for convenience, but millions are willing to make it. When Samsung unveiled the new Galaxy Edge in New York last week, one executive confessed that even he was surprised at how popular the oversize phones are. The Plus is bound to be popular, but it also felt like an awful lot of phone to me.”

The transformation is slow, but Apple is slowly becoming more of a “me too” manufacturer. Compact tablets are hot; Apple wants in. Phablets are hot; Apple wants in. You can see further evidence right on Apple.com. There are now four iPad models to choose from, four iPhones, half a dozen types of Macs, and the Apple Watch will have six variations and “2 million” customization options on day one. Apple’s simplicity is slowly giving way to a cluster of products.

I don’t yet fully understand why there are six models of the Apple Watch, but it doesn’t look like they are all necessary. At its press conference last week, rival Samsung executives said that the company’s motto was “relentless innovation.” And indeed, Samsung is relentless. It has released countless smartwatches, tablets, and phones this year alone, and will build a product around absolutely any idea that could be a hit. It even made a fancier Galaxy phone to compete with iPhone 6. While Apple has always been a sniper with its innovation strategy, Samsung has used a machine shotgun assault rifle grenade launcher, just shooting hellfire at anything it sees.

Apple became king of the hill because of its discipline. Hopefully it realizes that it’s entire reputation is also built on being relentless … relentlessly picky.

Article by After Biz Life, reposted with permission

Q TRAVEL - Europe opened the doors to tourism. While worldwide vaccination against covid-19 advances above the levels of each country, the restrictions are...
Rico's Digest

RICO's DIGEST - We've all had this happen, your computer's hard drive is full and your computer crashes. But we are not the Radiográfica...
El Salvador