TODAY NICARAGUA NEWS (Prensa Latina) — The president of the Foreign Affairs Committee of the Nicaraguan Parliament Jacinto Suarez regarded the economic, commercial and financial blockade imposed by the United States to Cuba, which continues today condemned internationally, as infamous, criminal and useless. 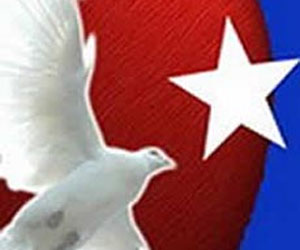 In statements to Prensa Latina, Suarez said that the implementation of this measure, for more than 50 years now, “makes no sense” and lamented the irreparable damage to the island.

Recently, Cuba presented a report on the issue to be taken before the UN General Assembly in October, according to which the economic damage incurred until March this year reach in current prices to 880.11 million dollars.

Suarez, also secretary of International Relations of the National Sandinista Liberation Front (FSLN), criticized the continuing restrictions to the Caribbean country and the negative consequences in his development.

“With the potential and existing social discipline in Cuba, if you could invest all the cost of the blockade, the island would be immensely prosperous,” he said.

“That’s what their enemies do not want, to see a flourishing Cuba, showing the injustice and inhumanity of capitalism, ” he said.

He also stated the solidarity will persist as long as the blockade continues, also persist solidarity with the island.