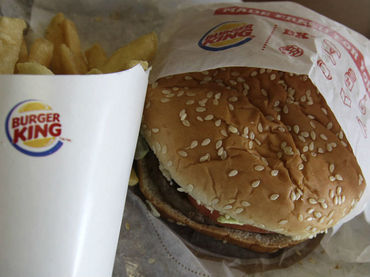 The closure put 39 people out of work.

At the time, BK Centroamérica said it would continue to operate the other 29 stores as usual, even hinted there may be new openings on the horizon.

However, yesterday, the Chamber of Commerce (Camara de Comercio), confirmed concerns about the possibility of BK shutting down operations entirely.

President of the Camara, Francisco Llobet, said the possibility of BK closing is worrying because many families depend on the company. “It would be a pretty strong blow and we are deeply concerned that many will be out of a job,” Llobet told the Diario Extra.

“It is an issue of competitiveness, we are unfortunately seeing this every day, companies moving away. For our part we are eager to talk with the government,” added Llobet.

QCOSTARICA - The National Vaccination and Epidemiology Commission (CNVE) on Thursday approved the use of the AstraZeneca COVID-19 vaccine. This will be applied to...
National

QCOSTARICA - The increase in covid-19 cases forces the Ministry of Security to intensify actions to verify compliance with sanitary measures. Daniel Calderón, director of...
Entertainment

QCOSTARICA - During a last-minute press conference from Casa Presidencial, the Minister of Health, Daniel Salas, did not rule out increased measures to stem...
Farandula

QCOSTARICA - Former Miss Universe 2014 Paulina Vega Dieppa has been in Costa Rica since March 30. The 28-year-old Colombian has not left the country...
Consumption

QCOSTARICA - If you haven't gotten over the whopping increase in fuel prices that went into effect this Wednesday, ready for another, the fifth...
Brazil

Q24N - Prostitutes in the Brazilian city of Belo Horizonte have gone on a week-long strike, urging the government to give them prioritized COVID...
Vaccine

QCOSTARICA - With the entry of the fifteenth shipment of vaccines against the SARS-CoV-2 virus, this April 13, Costa Rica exceeds one million doses...
Vaccine