Is He In or Out? Enigmatic government reaction to possible resignation of Foreign Minister 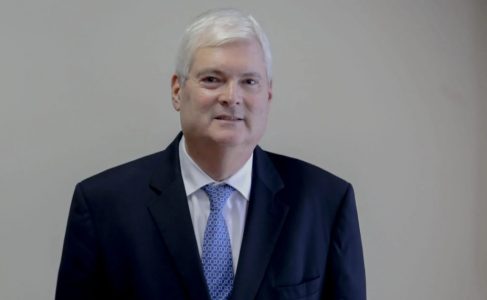 In a puzzling and even mysterious way, the government avoided confirming or denying the news of the possible resignation of Foreign Minister Manuel Ventura.

“What we have to say officially is that there is no announcement and that the Casa Presidencial (Government House) does not confirm the information. When we have an announcement to make, we will let you know,” Communication Minister Nancy Marín told the press.

Monday morning, Noticias Monumental published that Ventura will resign on Friday for health reasons, that the post has worn him out.

Casa Amarilla (the Foreign Ministry in San Jose) said that the ministry “will not comment on the unofficial information.”

Monumental cites “two sources”, one from the Casa Presidencial and another from the Ministry of Foreign Affairs, which affirm, “under the condition of anonymity”, which Ventura leaves office on January 31 “for reasons of health and internal wear ” of the ministry.

The news of Ventura’s (alleged) departure comes six days after the legislative committee on international affairs agreed to call Ventura to answer questions to the report on the organizational climate of the Costa Rican embassy in Geneva, Switzerland, which was under the direction of ambassador Elayne White.

The minister “deplored and expressed concern” that this document “has been leaked and disseminated,” according to a note posted on the official profile of that ministry on Facebook

The news is also on the heels of last week’s visit of Ventura’s counterpart, U.S. Secretary of State, Mike Pompeo, to Costa Rica and that on Friday, January 24, the Costa Rica Ambassador to Washington was told it would be very difficult to return Costa Rica’s security risk to level 1, after being downgraded to level 2 earlier this month.

Ventura, if he will resign, would be the second chancellor to leave the post. During the first year of the Alvarado Quesada administration, Vice President Epsy Campbell held that position but resigned after a number of controversies.

- Advertisement -
Paying the bills
Previous articleU.S. Explains to Costa Rica why it raised the alert level for travelers
Next articleA Tica in Wuhan, China

U.S. Explains to Costa Rica why it raised the alert level for travelers

The Office of Consular Affairs of the U.S. State Department reaffirmed...
Read more

President Carlos Alvarado said on Tuesday his government will give greater...
Read more

QCOSTARICA - The morning warming and the entry of...
Pura Vida