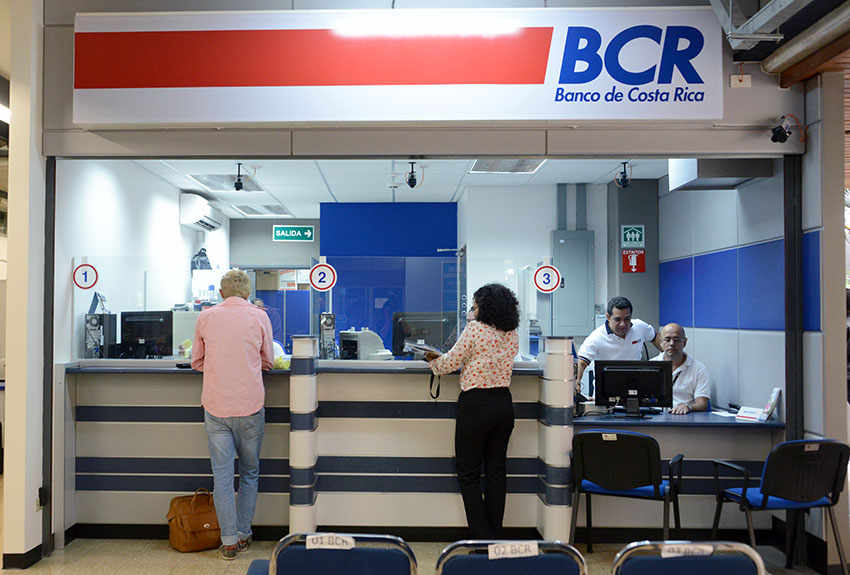 It’s not uncommon to hear phrases such as: “State banking is inefficient. Administrative expenses grow without measure and the size of payroll unsustainable. The lag in technology is its ballast.”

The statements aren’t new, over time taking on a life of their own. But is true or are they only myths?

The Banco Nacional (BNCR) has a payroll of more than 5,000 employees, while the Banco de Costa Rica (BCR) almost 4,000. While true that public banks have huge pending challenges, in the last decade they have also taken steps to be more efficient. But there is still more to improve.

For such, the BNCR and BCR are mandated under the Plan Nacional de Desarrollo (National Development Plan) to lower their financial intermediation margin, improving their efficiency and reducing the growth of administrative spending; All by 2022.

But it is not the first time that a government stipulates guidelines for these financial institutions, without taking effect. In the past, the now-defunct Banco Crédito Agrícola de Cartago (Bancrédito) was also included.

Presidents Óscar Arias (2006-2010) wanted the state banks to capture (take in more deposits) lend more, Laura Chinchilla (2010-2014) opted to advance the supervision system, and Luis Guillermo Solís (2014-2018) pointed for the improvement in the level of efficiency.

How have the goals of the current administration advanced state banking? What are the myths that have been debunked and the pending tasks?

The Elfinancierocr.com (EF) took on the task, here is their summary:

1. Amid ups and downs, state banks take steps in efficiency

A great myth is that public banking fails to be more efficient. In the last ten years, the Banco Nacional and Banco de Costa Rica did improve their efficiency. However, in that period they have had ups and downs: they registered a historically low figure without were not able to sustain it.

The more efficient a bank is, the more and better services it can offer its clients. Through operational efficiency: calculating how much of the income from the operations is absorbed by administrative expenses, the lower the result, the more efficient the entity.

In 2016, the BCR was more efficient than the BNCR but then lost that advantage in the midst of the “cementazo” scandal.

The state banks support a network of services of 279 branches and more than 9,000 employees. Years ago, expenditures to keep this personnel grew at an excessive rate, and the branch network remained high, despite the arrival of an era of digital services.

A part of that panorama changed. Though the number of employees is still one of the largest in the banking system, so maintaining it still represents significant expenses, however, staff receive fewer salary benefits and associated expenses grow less.

If a bank wants to be more efficient, it must control its expenses and improve its income. State banks want to be in the entire value chain of their customers to increase billing for services and commissions.

The Banco Nacional has its sights set on PYMES (Small and medium-sized enterprises).

The Banco de Costa Rica also works with PYMES and what it calls “line depth”, that is, in bringing more services from the different subsidiaries to the client. The diversification of income is its strategy, and the absorption of Bancrédito helped it in that goal.

Technological lag and little innovation are the biggest challenges of state banks, although it does invest in technology.

The Banco Nacional has allocated, on average, ¢9 billion colones to this per year, during the last eight years; and the Banco de Costa Rica, the investment has been ¢3.9 billion.

Both have advanced in the use of technology in internal processes, in information and in customer service, but, like the rest of the market, they have to work on not required customers to visit a branch for banking.

Both banks lack advanced in the use of technology both in the backend and customer level, slower than private banks when it comes to adopting new technologies.

An example of this is the online use of state banking platforms, requiring excessive security for customer access, requiring a token or dynamic card to log on. While private banks can issue customers bank cards instantly, the state banks require customer to come back in a couple of days to obtain their bank card.