It wasn’t worth it, says 103-year-old vegetarian 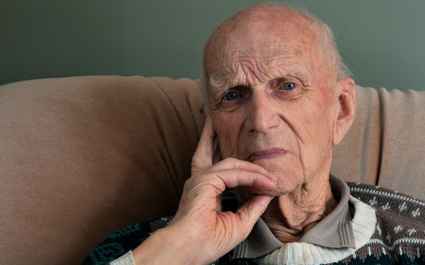 QLIVING – A MAN who extended his life span by avoiding processed meats bitterly regrets having done so, it has emerged.

He said: “I am over a century old, partly because I’ve exercised extreme self-control when it comes to my base desire for meat.

“Many times I’ve been tempted. One time in Birmingham train station I actually bought a burger and raised it to my salivating mouth, but never took a bite.

“Only once, while staying in a corporate hotel for work, did I succumb to a frantic bout of pleasure with a full breakfast buffet. I had fourteen sausages. Afterwards I lay on my bed for two and a half hours, sweaty but elated.”

Hobbs admitted that, despite living to an impressive age, he still thinks about meat with a sense of regret: “I am old now, and frankly it is shit. But it’s too late to eat a steak because I have no teeth.

“If I could I would appear to my younger self as an apparition and say ‘eat burgers, and meat pies too’. But in a deep ghost-y voice so that it sounded convincing.”