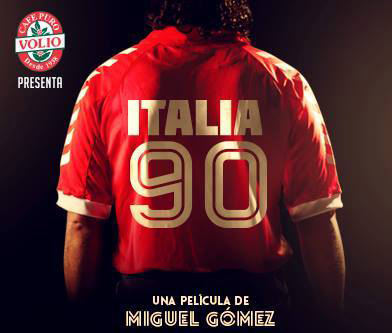 They were heady days for this country, with the national All-Star soccer team (La Selección or Sele) winning a spot for the first time ever in the pinnacle — the World Cup championship matches in Italy.

A new film by Costa Rican director Miguel Gomez relives those days through the eyes of eight of the 22 players that went there.

Gomez, known for films like Cielo Rojo, El Fin , El Sanatorio, is obviously not out for commercial success — the documentary is unlikely to stir the blood of anyone outside the country. But to those of us who shared the nationwide euphoria following qualification and the pride of a fine performance in the opening matches will love it. 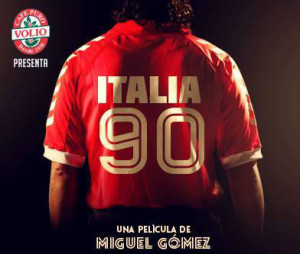 The full length film (1 hour and 40 minutes)  was produced in its entirety by a Costa Rican cast and crew over 20 days of Costa Rica’s entry into World Cup competition.

The film will debut on June 5 on the big screen in national theatres, with a pre-screening in select theatres (yet to be announced) on May 28.

Those of us around for the Italian World Cup will recognise the second name in each of those pairings while another generation familiar with local show business will hearken only to the first named. So as not to make the film unwieldy, Gomez had to choose only eight players to profile.

The film runs an hour and 40 minutes as it is. “It’s most ambitious,” confesses the filmmaker, “It was the second script I had written in 2009, after Cielo Rojo and before El Fin, El Sanitorio came out. Now just felt right.” Gomez was only eight years old at the time of that World Cup.

Costa Rica’s “Sele” (the national team) marched past the likes of Scotland and Sweden and held the strong Brazilian team to a frustrating 1-0 victory through Bora’s masterful strategy. In the second round, however, the team was beaten by a rough Czechoslovakian side.

The actors are used in close-ups and intimate moments but the film makes copious use of films and videos of the actual matches. German Chavarria was most impressed with Boris Alonso Sossa who played him. “He imitated my gestures perfectly,” Chavarria said.

Chavarria and Claudio Jara attended the first screening and gave the director tons of information on background. Of the film Jara told La Nacion, “(It) reveals everything: our happiness, our sadness, everything…”

Article with files from iNews.co.cr