LATIN AMERICA NEWS – Authorities in Argentina have confirmed the recent arrest of an alleged high-level member of the ‘Ndrangheta mafia wanted in Italy for attempted murder, but it is unclear whether he was there for business or was just hiding out. 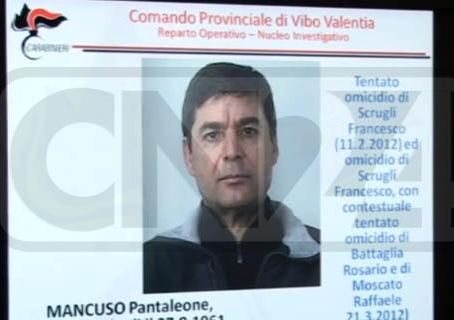 On September 11, the Argentine Gendarmerie announced they had arrested Pantaleone Mancuso in Argentine border city Puerto Iguazu on August 29 as he attempted to cross into Brazil with a fake identification document and around $130,000, reported Sky TG24. His identity was established through fingerprinting.

According to Clarin, Mancuso had been wanted by international police body Interpol for around a year and a half at the time of his arrest. He is reportedly a high-ranking member of Italian organized crime group the ‘Ndrangheta, and is a descendent of one of the group’s most powerful family clans, according to Italian newspaper Repubblica. He is also accused of a double attempted homicide in Italy that involved two members of his own family.

Authorities reportedly do not know when or how Mancuso entered Argentina. The alleged mafia leader will now be held for 40 days as authorities await documents from Italian officials in order to initiate extradition proceedings.

It is unclear whether Mancuso was in Latin America for business, or had simply gone there to escape law enforcement pressure in his home country. Argentina has long been used by crime lords as both a hideout and a base for low profile operations. Some famous examples include Ignacio Alvarez Meyendorff, a former key collaborator of Colombia’s Norte del Valle Cartel and the Rastrojos, arrested in Buenos Aires in 2011, and Colombian drug trafficker Henry de Jesus Lopez, alias “Mi Sangre,” who was captured in Argentina in 2012. There have also been rumors the former head of Mexico’s Sinaloa Cartel, Joaquin “El Chapo” Guzman — arrested this past February — lived in Argentina

However, Argentina may well be a platform for the ‘Ndrangheta’s criminal operations. Indeed, there have been previous reports that the group already maintains a presence in the country, which is a rising transit point for cocaine, as well as a major source of precursor chemicals used in methamphetamine production. Elsewhere in the region, the ‘Ndrangheta — which authorities estimate controls up to 80 percent of Italy-bound cocaine — has ties to both Mexican and Colombian groups.

Members of the ‘Ndrangheta have also been picked up in Peru and the Dominican Republic this year, further indication of the group’s ties to Latin America.