Joe Campbell Sleeps Through The Celebrations 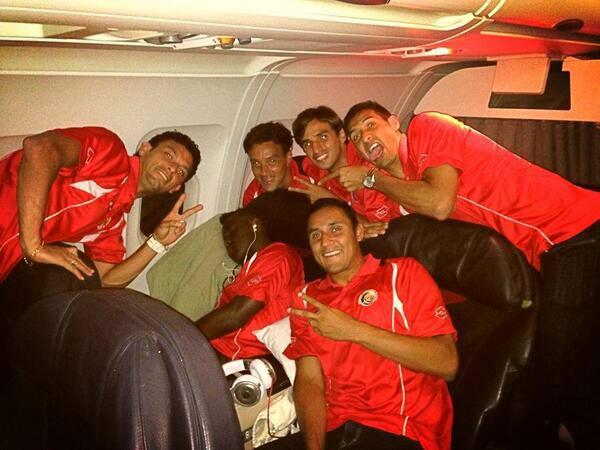 CORRECTION: The Costa Rica – Netherlands game is Saturday, July 5 and not Friday as originally reported.

COSTA RICA NEWS – Joel Campbell has promised he would sleep on the bus, but nothing about sleeping on the plane.

The photo from Keylor Nava’s official Facebook page shows a tired out Joel, besides Keylor one of the most worn out player during the 2 hours of play.

The Ticos, soon after the game ended, were on their way to Salvador de Bahia where they will face the Netherlands on Saturday.

QCOSTARICA -  In yet another system-wide failure in the immigration check-out, passengers looking to leave Costa Rica Monday morning by way of the Juan...
Politics