Journalist In Fatal Accident Was Not Under The Influence 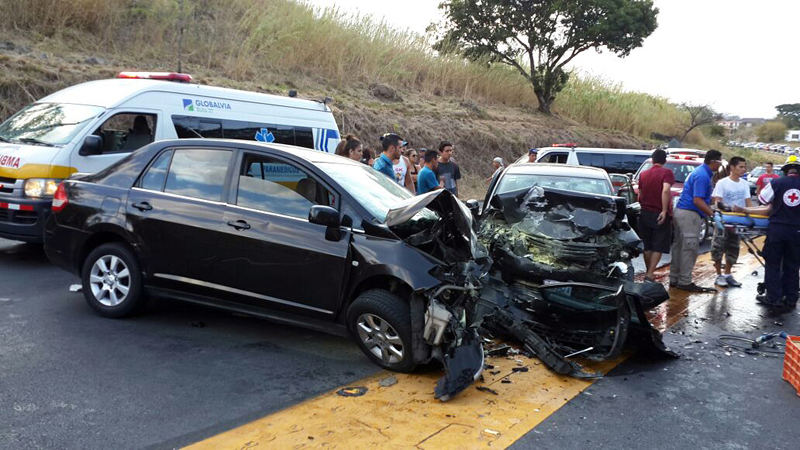 QCOSTARICA Journalist and TV personality Maricruz Leiva was not under the influence of alcohol while behind the wheel of the vehicle involved in the fatal accident on Ruta 27 on Good Friday.

The Fiscalía Adjunta de San José (Deputy Prosecutor) confirmed that the result of the breathalyzer test result showed a 0.0 reading.

This rules out that Levia, 48, was driving drunk when on April 2, at 4:30pm, one kilometer from Cuidad Colon on the Ruta 27, was involved in a head-on collision. In the accident, 17-year-old Veronica Guerrero Gamboa died; the other occupants in the vehicle taken to hospital.

For now, the blame for the accident is a 22 year old, identified by his last name Castro, who yielded a 0.54 reading, when the maximum for a novice driver is 0.25.

The driver was arrested for manslaughter and then released, though he is barred from leaving the country and driving. He must also sign each month.

Maricruz was back at home last week, after undergoing surgery for her injuries. “Right now I cannot walk, I need help, I am in a wheelchair … emotionally, I have a lot of faith, I belive in God, because if not I will go crazy,” Marisol told La Nacion.

Meanwhile, Veronicas’s parents are calling for justice. Recently Veronica’s mother was featured on national television, calling for the jailing of the man who “murdered” her daughter. Veronica’s father, who is a lawyer by profession, has said publicly he will take every legal step he can to punish the man who took his daughter’s life.

Berlin is the place to be: the best parks, cinemas, concerts, and cultural life attract many students every year. COVID-19 has changed the situation...
Trends