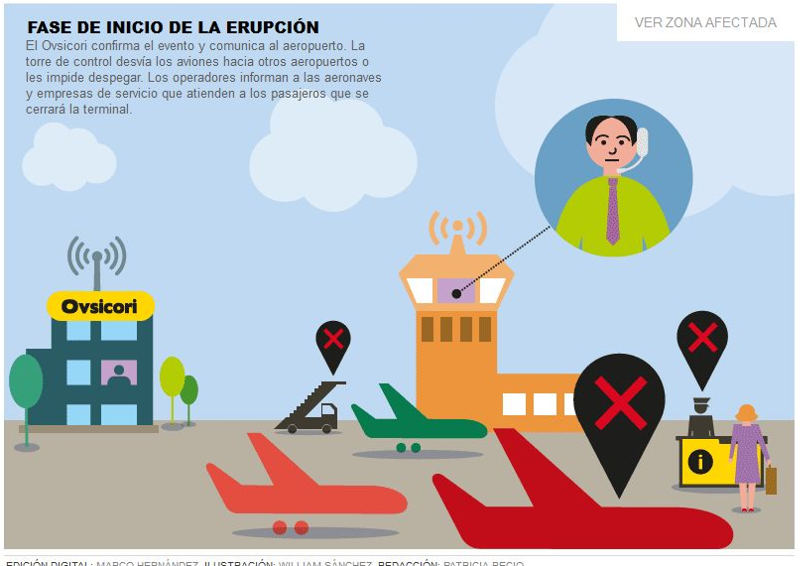 QCOSTARICA – Faced with increased activity and recent eruptions of the Turrialba Volcano, authorities of the Juan Santamaria (San Jose) international airport – the main airport in the country – have developed a plan to address falling material spewed from the colossus and ensure the lives of passengers.

The brand new plan developed on April 9, was for the first time put to use last Thursday (April 23), that included a temporary closing of the airport.

The ten hour closure (from 6:00pm Thursday to 4:00am Friday) caused a disorder of operations for up to three days, with some 14 incoming and four outgoing flights cancelled. In total, 25 flights (some were cancelled by the airlines not knowning when the airport would re-open) had to be rescheduled, affecting directly a total of 1,279 passengers, according to Civil Aviation (Aviación Civil).

The contingency plan, takes about an hour to activate, which goes into action with the onset of ash confirmed by the OVSICORI.

In phase two, ash falling on the runway, the clean up operations gets underway. In Thursday’s cleanup, more than 150 people took part in the process that took some four hours to complete; meanwhile, airlines work on attending the passengers, this an action that must still be refined, according to Alvaro Vargas, head of Civil Aviation.

The third phase is one of recovery.  When weather reports confirm there is no more ash in the air and the OVSICORI confirms the decreased or end of the volcanic event, the airport manager, Aeris, finalizes the cleanup, resumes airport operations and informs the airlines they can fly again.

Both Civil Aviation and Aeris do not know the cost to the country and the 22 airlines operating in Costa Rica of the closure of the main airport.

According to Vargas, the guideline is that at the minimal presence of ash, the airport must be closed, because ash can affect aircraft turbines and pilot visibility, making the operation of the aircraft unsafe and places lives at risk.

Following are illustrations by La Nacion. 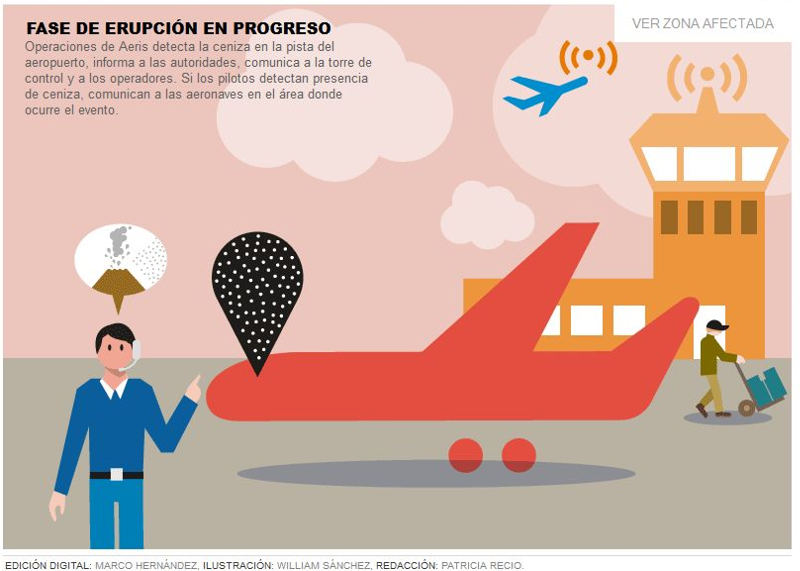 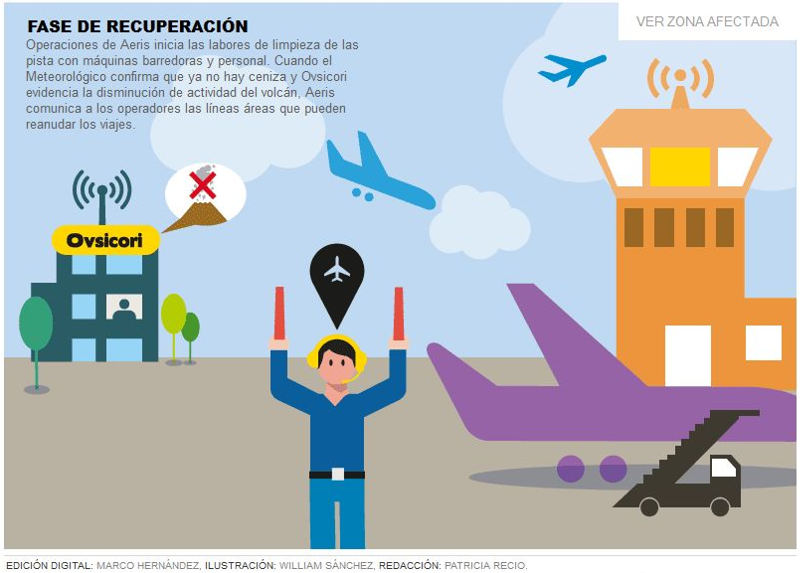 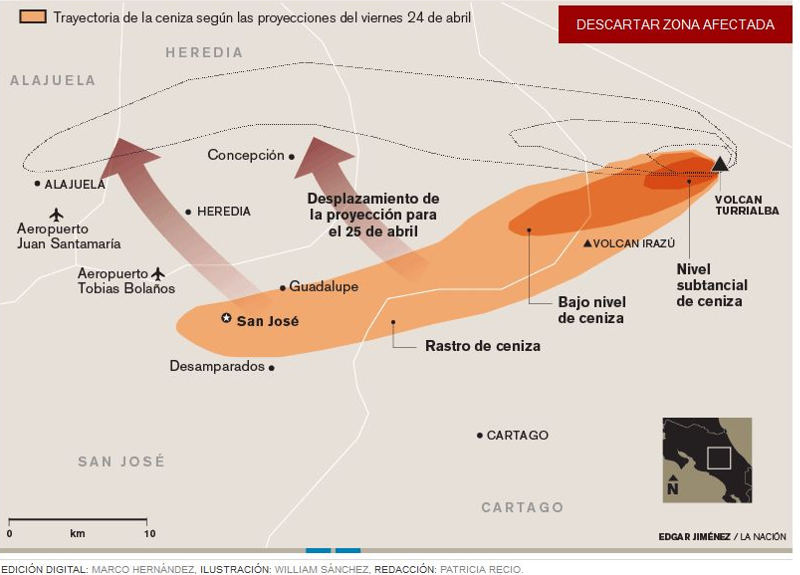 Q REPORTS (AS/COA) - Omicron has made its unwelcome...
Trends