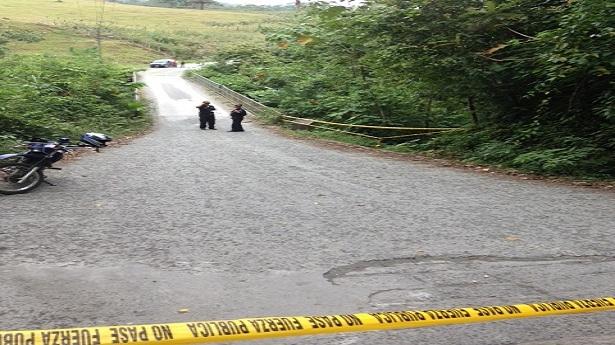 Geovanny Soto Ruiz, owner of the Mountain Paradise Hotel, in La Palma de la Fortuna, and his two sons were murdered Saturday night in what authorities believe to be a settlement of scores.

The hotel located in one of Costa Rica’s most visited tourist area was renovated in 2007 and run by the Ruiz family. The  Organismo de Investigación Judicial (OIJ) say there was no demand for money or other threats.

Robbery was also ruled out by authorities, who are no investigating the possibility someone came to settle a score on the Ruiz family, though the motive is still unclear.

The details to the press are sketchy, authorities only saying that the victims were called out of the hotel, each travelling in separate cars. The bodies were discovered when a few minutes past midnight when police responded to call about shots being fired.

All three vehicles, including a BMW was located and a trail a blood that led to the bodies.

QCOSTARICA  - Twenty eight Costa Rican's are lining up who want the position that Carlos Alvarado when he leaves office on May 8, 2022,...
Infrastructure

QCOSTARICA - After almost three years of starting the work and four before that to the get contract awarded, authorities of the governments of...
National

QCOSTARICA - Costa Rica will extend the restrictions of its land borders until April 1, confirmed Casa Presidencial (Government House) on Thursday. As in the...
Coronavirus

Japan is beefing up measures against loneliness, taking a first major step toward comprehensively tackling a pervasive problem in the nation that has again...
Political Economy

QCOSTARICA - Borrowing its way out of the current financial crisis seems to be objective for the Carlos Alvarado government. Obtaining about US$2.5 billion this...
Front Page

QCOSTARICA - This Semana Santa, if the number of daily new cases continues on its current trend, we will not see the harsh sanitary...