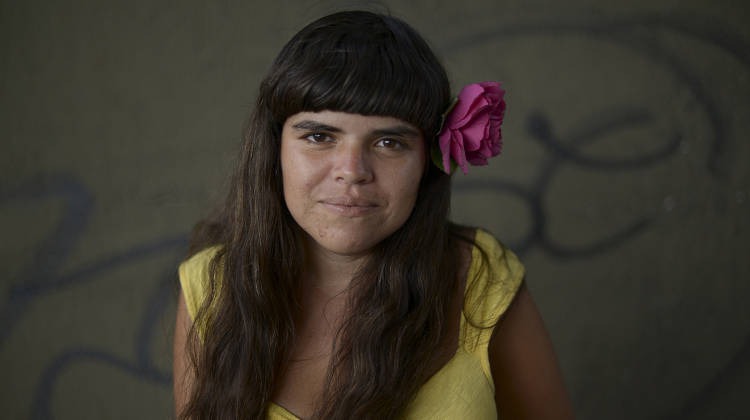 It was 2pm on July 1, 1981, when María Elena Quirós Céspedes was born at the Hospital México.

It was near the end of October, 9pm, maybe a little later. The streets around the Radisson hotel, north of downtown San José, were desolate. María was headed to her home in Tibás, alone as always, after attending an activity at the San José cultural centre. There was no reason not to walk. Walking meant saving money.

As always, María was walking briskly, alert but not scared, in her long black dress, plastic sandals and carrying a cloth bag, her typical style of dress. From afar she spotted a man walking towards her in the half darkness. She could have moved to the other side of the road. She doesn’t know why she didn’t. Still can’t explain it herself. 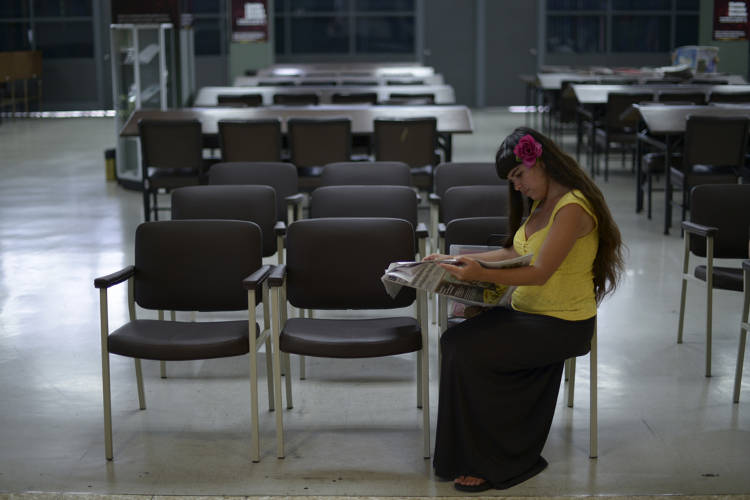 In an instant their paths crossed, when the tall man grabbed her by the neck and dragged to a nearby alley that leads down to the Torres river. María’s long hair got tangled in the man’s arm, while her tiny body writhed like a beast dragged over rocks,  glass, logs, grass and trash.

María struggled to see the face of the tall man in the darkness, to dig her nails into it, to hurt him, but her hands just waved in the air and grabbed at the earth.

María says it all happened so fast. Her cries for help were drowned out by the tall man’s shouts of death treaths. She thought she was going to die, he never stopped repeating the threats, with each burst his hands chocking tighter at María’s throat.

When they were near the river’s bank, in a moment of neglect by the tall man, María, without hesitation, threw herself into the river. The Torres river is one of the most polluted rivers in San José.

María does not know how to swim and the darkness was absolute. 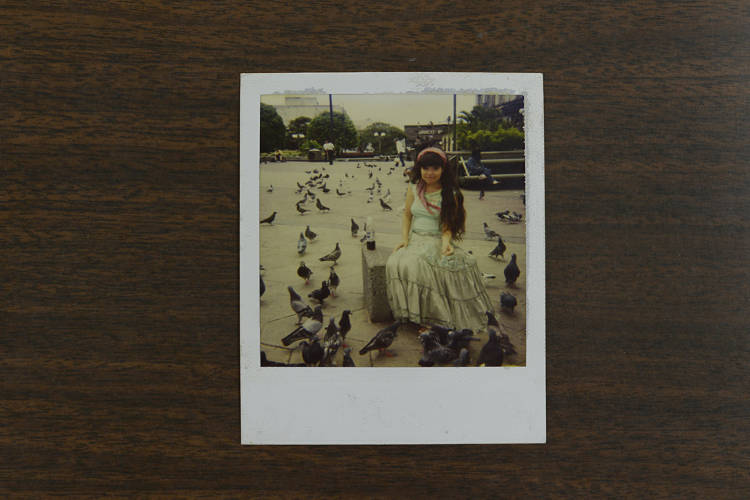 She swallowed water until she couldn’t anymore, but managed to grab and cling onto branches protruding from the ground. María was soaked and wounded. Bleeding and barefoot. She was covered in dirt and shards of glass stuck to her body. She had lost her purse, her shawl. In the darkness she saw a couple approaching, a few metres ahead. She stayed quiet in the trash, fist drawn,  hidden, fearing they might mistake her for a criminal.

When she finally arrived home, María went to the bathroom and vomited until she could not more. Bathed. Layed her head down on her bed. Those who heard coming, were worried, especially her mother, who was still alive at the time. After the attack, María did not go out of the house for 15 days. A severe knee injury became infected and took a long time to heal.

María’s childhood was troubled. She was the older of two sisters and a brother. Her mother worked cleaning houses and her dad at a print shop near the family home. Her parents separated when she was young, María says it was due to her father’s religious fanaticism, who went so far to give his entire salary to the pastor.

“Their relationship was not pretty, it was all a mistake. My dad told us we have the devil inside because we didn’t go to church”, relates María.

Her childhood and youth was between Tibás, Desamparados and back to Tibás. 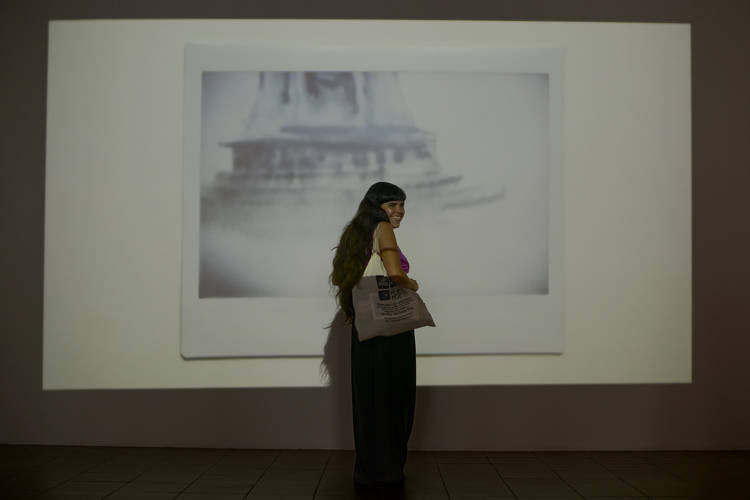 María graduated from sixth grade at age 15 and since never went back to school. She grew up to be withdrawn, one who prefers the solitude and silence, saying her words through her paintings.

“Everyone at school thought I was autistic. And maybe I was. I cured myself wandering the streets”, says María.

María has lived with her grandmother since leaving school, occupying a room which she repays by doing household chores. Grandma María Isabel has a heart condition, diabetes and suffers from drepression. In the same house live her two uncles and seven parakeets.

María’s schedule is a strict one, filled with daily activities inside and outside the home every day except Mondays. María has no income, she makes do with whatever.

“I am almost invisible there”, she says. 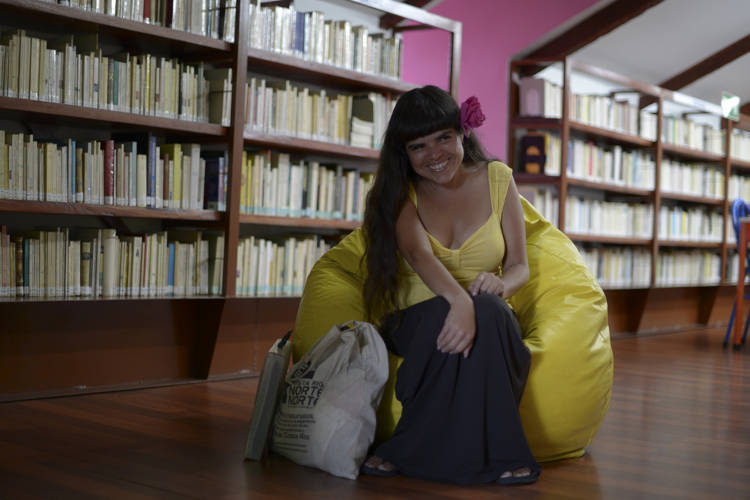 Up at 6am every day to clean house and do the dishes, after brushing her long hair. Every Tuesday to Friday, at about 1pm, María visits the National Libreary, where meticuloulsy she browes the newspapers of the day in search of the cultural agenta. Every Tuesday, Wednesday and Thursday, at 3pm she visits the Central Cultural de España, where she can listen to music, browse through the weekly schedule of activities and catches with books of art. On Fridays, she visits the Alianza Francesa, using the internet and search for general cultures, music, art and books.

All these services are free. María is a master at taking advantage of the free services offered in San José.

At night, except Mondays, María finds something interesting to do without costing a penny.

“If there is a piano concert but I have nothing in my stomach, I’d much rather go to where there is something to eat. Sometimes I can do several things at once”, says María.

María is an artist at saving money, money she doesn’t have. “To me money lasts a long time because I am used to having nothing”, says María.

María says she prefers to walk  to save rather than taking the bus to and from her house, which is 5 kilometres from downtown San José and her world. Sometimes, says María, she will take the bus, but very seldom. 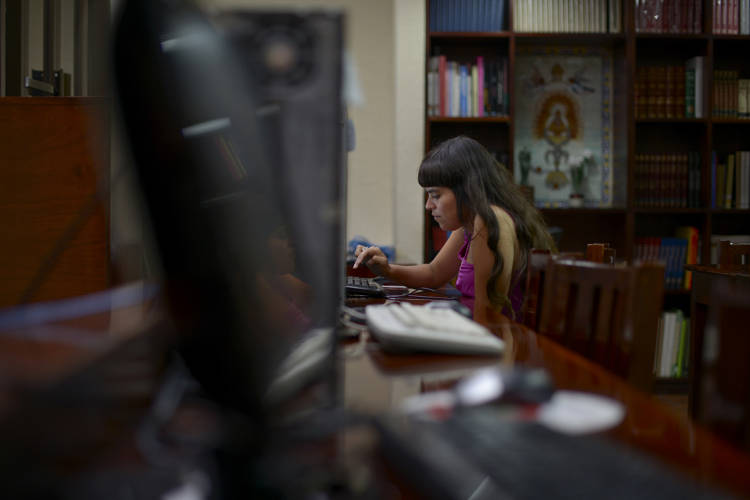 The weekend is special for María, this is the only time she can be seen with a rose in her hair. The rose is an artificial flower, which she, very carefully, arranges it so it looks natural.

María says she is a loner, from when she was a little girl. “I learned to embrace the loneliness. I have never felt bad about being alone…you can always find joy in solitude”, says María.

Asked about her thoughts on the future, María says “what for? I am like the leaves in the wind. The wind guides it. Me too.”

Editor’s note:
This story touched me deeply. In my more than 15 years in Costa Rica, I have seen María (I did not know her name until today) often, in her long black dress, long black hair, sandals and purse, walking the streets of downtown San José. Sometimes even in La Sabana park. I never stopped to talk to her.  Maybe I should have. I certainly will now.