Lady Luck Was With Him All The Way! 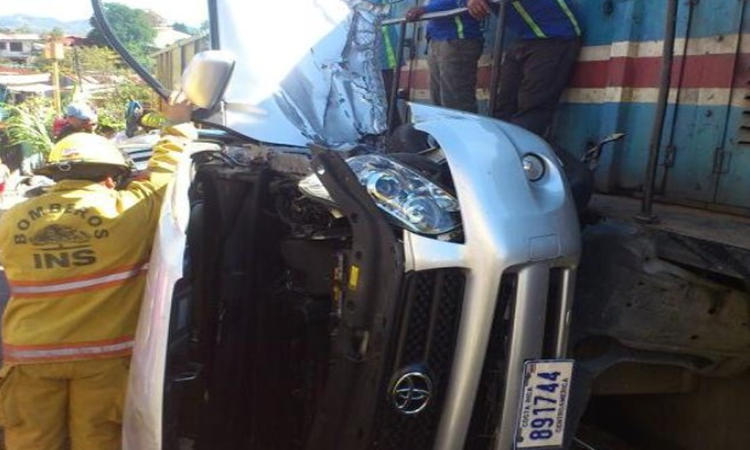 The Q does not normally report traffic accidents or other incidents of crime unless, well, there is something more to the story than just “another” accident, or mugging or shooting. This story, that of an accident between the commuter train and a passenger vehicle, certainly qualifies.

Apparently, the driver of the vehicle did not hear the blow of the train’s whistle and did not move the vehicle in time to avoid the collision with mass of the oncoming locomotive.

As the image shows, the vehicle flipped on its side and became encrusted with side of train.

Despite the spectacular crash, the driver of the vehicle managed to climb out of the vehicle on his own and did not require to be taken to hospital, receiving first aid medical attention only at the scene. No injuries were reported of passengers on the train.

HQ - The Fuerza Publica (National Pollice) intervened an agglomeration of people on the outskirts of the Rincón Grande de Pavas school during the...
Front Page

Q REPORTS (DW) In Peru, the left-wing village school teacher Pedro Castillo has in all probability been elected the new president. The fact that...
Tourism

QCOSTARICA - This Sunday, the Guanacaste Airport - a member of the VINCI Airports network - received the first of the daily flights from...
Photos of Costa Rica