Latest climate science must mobilize us, not paralyze us

The long-awaited new report by the United Nations' climate panel makes for grim reading: To avoid severe economic and social shocks and protect essential ecosystems, we urgently need to limit the increase in global temperature to within 1.5° Celsius of the pre-industrial level. But how? 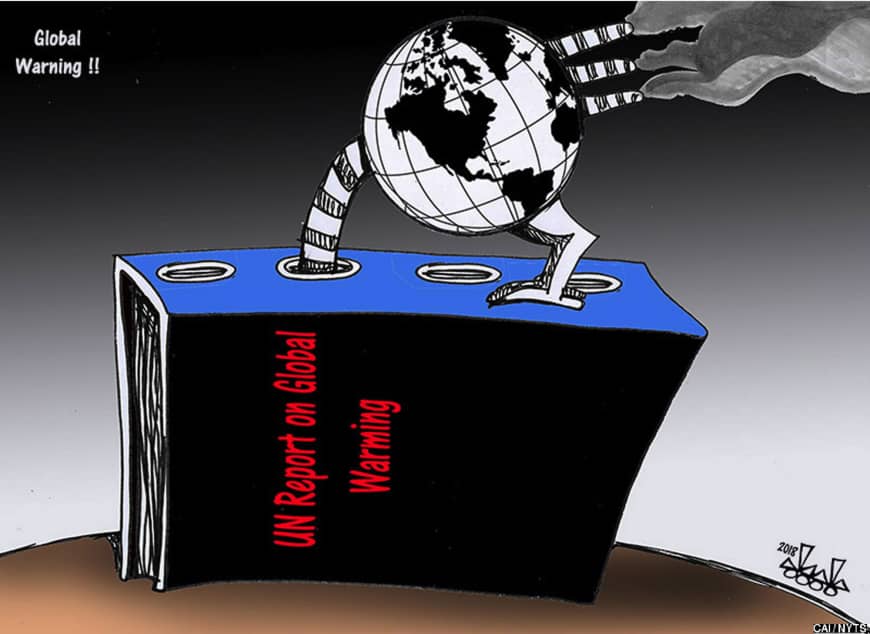 ,(OPINION) San Jose – The Intergovernmental Panel on Climate Change (IPCC), the United Nations body tasked with providing scientific evidence and consensus on climate change and its implications for decision-makers and the public, has just issued its latest, long-awaited report.

The challenge it presents to all of us is huge.

To avoid severe economic and social shocks and protect essential ecosystems, we urgently need to limit the increase in global temperature to within 1.5 degrees Celsius of the pre-industrial level. Achieving the required reductions in greenhouse gas emissions will require boldness, creativity and some hard choices. But Costa Rica’s experience shows that, in the long run, what is gained far outweighs the sacrifices for all.

Climate change is not the first daunting challenge our country — among the world’s most biodiverse countries per square meter — has had to overcome to preserve its natural beauty. Deforestation for cattle grazing nearly halved the land covered by forest over the four decades prior to 1986. Government investment in protecting these natural assets was essential, which meant eliminating subsidies for the cattle industry and perverse incentives for agrarian reform.

With subsidies and negative incentives gone, Costa Rica’s cattle population dropped by a third, taking pressure off grazing lands. In the decades since, forests have recovered and now cover more than half the country. And while forest cover doubled, Costa Rica’s per capita income tripled. From this foundation, the economy has grown sustainably and the country has become a world leader in eco-tourism.

Now, as this latest IPCC report makes clear, rising temperature is the new threat to both biodiversity and our economy. We all must combat it.

Costa Rica, for its part, has set what President Carlos Alvarado has called the “titanic and beautiful task” of decarbonizing the economy. One of the goals of the national decarbonization plan, which will be launched in December, is to ensure that the market properly accounts for the costs of climate change.

This policy has the effect of rendering fossil fuels economically uncompetitive — and creating incentives to use Costa Rica’s nearly 100 percent renewable power in the transportation sector to cut our dependence on oil. A moratorium on oil and gas exploitation, respected by five different governments, reinforces these incentives. Making the energy sector work properly — an objective that unites both environmentalists and economists — means recognizing that a short-term economic boost cannot justify the long-term costs of fossil fuels.

As a minister and a climate activist, we both agree that government has an important role to play in achieving decarbonization. But the work of non-state actors such as local businesses and communities will also be essential. For this reason, government policy has focused on boosting community-based low-impact tourism initiatives that value local knowledge. The Costa Rican experience shows that environmental stewardship is a job done best by alliances between local people and national leaders, united by the common cause of conservation.

At its heart, Costa Rica’s approach to climate change is about people, not industry and markets. Our commitment to tackling climate change is based on an understanding of the enormous health risks and costs that arise from inaction. Costa Rica devotes significant resources to tackling problems like dengue fever and malaria because our people remain our most important asset. And staying below the 1.5 C limit will mean 3.3 million fewer cases of dengue fever annually in Latin America and the Caribbean, fewer people at risk of malaria, and less food instability and poor nutrition caused by higher temperatures and unstable weather patterns.

Costa Rica is proud to be leading the world by putting this approach into practice. As a result, we are one of the few countries ready to exceed our commitments under the Paris climate agreement. Not all of the changes will be easy, and getting them right will require perseverance and a commitment to adaptability. Other countries that agreed as part of the Paris agreement to boost the ambition of their national climate plans by 2020 can learn from our experience in aiming for decarbonization, investing in natural assets and recognizing the importance of the climate for a healthy population.

One of the most obvious lessons is the interdependence of these policies. Climate change is a collective problem, no single policy is enough, and no country can solve it alone. But this interdependence cannot be an excuse for paralysis. Limiting warming to 1.5 C is a goal around which we can all unite in diverse ways.

Next month’s Climate Vulnerable Forum will bring together leaders from the countries that are most vulnerable to climate change for the first entirely virtual summit of heads of state. Together with the next key intergovernmental meeting, COP24 in Poland this December, political leaders have an opportunity to prove they understand the science underpinning the IPCC report, and are ready to take ambitious steps to achieve the 1.5 target.

Unless all of us do so, the consequences will spare none of us.

- Advertisement -
Paying the bills
Previous articleHow Talking to Someone on a Plane Can Change Your Life
Next articleICE Workers Strike illegal for affecting essential services; National strike continues

QCOSTARICA - If climate change is not reversed millions of people...
Read more

QCOSTARICA - The sustained growth in the arrival of...
Trends