WFP urgently requires US$315 million to cover its operating costs throughout the region for the next six months. 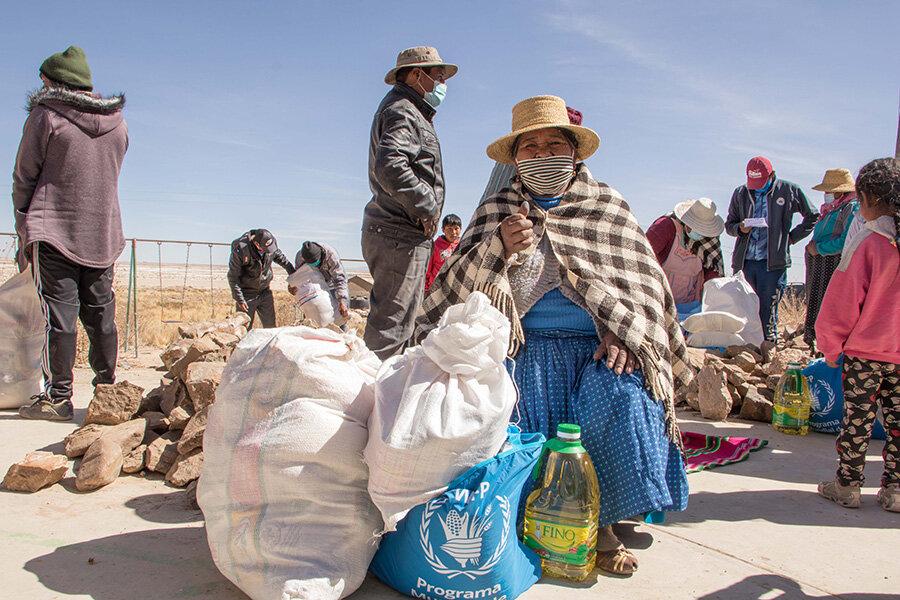 Q REPORTS (EFE) The Latin American and Caribbean region will go through one of the most acute crises in its history in terms of food insecurity as a result of the war in Ukraine, according to the World Food Program (WFP), which is requesting US$315 million dollars to help to the most vulnerable groups.

“Honestly, I don’t know if it will be the most acute but surely one of the biggest because it involves food, fuel and financial systems,” the WFP director for Latin America and the Caribbean, Lola Castro, told Efe in an interview.

There are 9.3 million people under food insecurity in the Latin American countries where the United Nations body, awarded the Nobel Peace Prize in 2020, has a presence, a figure that could increase to 13.3 million or more in the coming months if the conflict in Ukraine continues.

Although the WFP does not project that Latin America and the Caribbean, which is still bearing the consequences of the covid-19 pandemic, will be the region of the world most affected by the war, “it will also be extremely affected.”

“Actually, the cereals, oils or legumes that are produced in the Black Sea basin go mainly to the Middle East and West Africa, which will be directly hit the hardest,” Castro explained.

Castro explained that in Latin America there is already serious food insecurity as a result of the conflict in Ukraine, an almost silent direct impact.

The regional director explained that “there is severe food insecurity because they cannot buy the basic basket, since it has increased by almost 20% and will continue to do so.”

“We have products that have doubled (in price) such as vegetable oil; we are seeing that fuel is more expensive and therefore it costs more to move and take food from one place to another,” she explained.

Another consequence that the agency already saw before the crisis in Ukraine is the cost of freight: “in fact, it is seven times more expensive to move a ton of food than in 2019.”

Castro declared that the affected people “the income will not be enough to eat three times a day”, “the type of products they consume will be reduced, and they will have to consume more basic and cheaper products”, aggravating the extensive problems of malnutrition and obesity already present in the region.

“What happens with Latin America and the Caribbean is that we are far away,” added Castro.

She pointed out that in the UN reports that diagnose the countries most affected by the “triple crisis” (food, fuel and finance), of the 69 most affected, 25 are in Africa, 25 in Asia and 19 in Latin America.

And within the region “many are islands because they are net importers of food, which must be moved by ship, freight is more expensive, and that means that all food products rise enormously in price, and people will not be able to access it” to them.

He explained that there are “different effects” since there are “countries that are net importers or that import more than they produce, such as Venezuela, Haiti and the Dominican Republic.”

But they can also “be affected by other issues such as those that have support from the Black Sea basin, for example, Cuba and Nicaragua, which received a large part of the fertilizers and fuels from Russia, and that affects their production.”

“We are seeing the potential of a huge immigration crisis”

“We are seeing the potential for a huge migration crisis,” Castro predicts for Latin America, which is already going through a wave of migration exacerbated by the pandemic.

“We see an increase in migration because we were already in a worrying situation and now, with this crisis, the money that is obtained is not enough to feed oneself,” she detailed.

To this is added “the problem of production, which is surely going to be reduced, because fertilizers are much more expensive and there will not be enough, since Russia and Belarus produce almost 20%” worldwide.

Thus, she considered that solutions inspired by the pandemic and other emergencies should be implemented, such as supporting school meals and increasing youth employment so that they do not “think that the only solution is to emigrate.”

The most vulnerable populations in the region, such as those in hard-to-reach areas and indigenous areas, will be the most affected, as will “urban populations because food is not produced and has to be bought, which has a direct effect on inflation.”

WFP urgently requires US$315 million to cover its operating costs throughout the region for the next six months.

“It is an almost immediate solution, that is what we are seeing today because it is what it would cost us to feed the number of people until the end of the year,” she added.

“The problem is that there will surely be much more money that we need because the number of people with food insecurity is increasing day by day,” she remarked.

The WFP is interacting “with governments and other actors to see what we can do more, better and faster, because it is a matter of time,” she concluded.