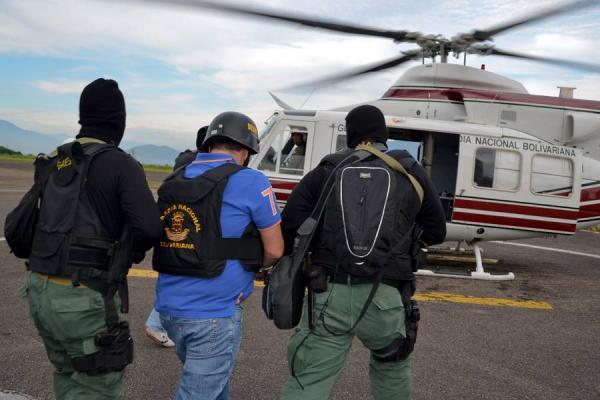 Rodríguez Vásquez and his co-conspirators allegedly worked with the Revolutionary Armed Forces of Colombia (FARC) and Mexican drug cartels to transport narcotics from Colombia and Mexico.

Rodríguez Vásquez is the suspected leader of a money-laundering and narco-trafficking network that exported “100 tons of cocaine per year,” according to the Office of Foreign Assets Control (OFAC).

The sanctions, established under the Foreign Narcotics Kingpin Designation Act, freeze any assets held by Rodríguez Vásquez or his co-conspirators by U.S. entities and make it illegal for any U.S. entity or citizen to conduct financial or commercial transactions with any of them.

Drug trafficker Fernain Rodriguez Vazquez and his network have moved massive quantities of drugs for some of the most violent drug trafficking organizations in the Western Hemisphere, including the FARC [Revolutionary Armed Forces of Colombia], Los Zetas and the Sinaloa cartel,” OFAC Director Adam Szubin said. “These sanctions will expose Rodriguez Vazquez’s illicit network of agents and front companies and exclude them from the legitimate financial system.”